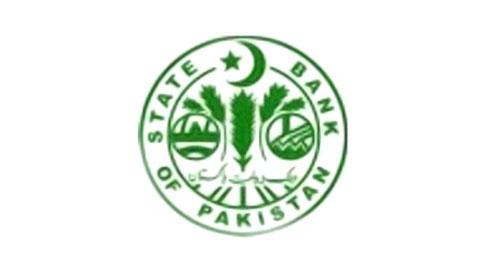 KARACHI: The State Bank of Pakistan (SBP) has stuck to its earlier projection of gross domestic product (GDP) growth of 2-3 percent for the current fiscal year 2011—owing to catastrophic floods in August 2010.

“Although cotton crop and rice were adversely impacted by floods—but the impact was not as bad as anticipated. More importantly, there has been an upside to the floods in terms of the increased area under cultivation for wheat and better recovery from sugarcane,” said the SBP Second Quarterly Report on the State of Pakistan’s Economy for FY11 released Friday.
The Report said that during Jul-Feb FY11, Pakistan’s current account deficit was only $98.0 million against $3,027 million in the corresponding period in FY10. Strong dollar-denominated export growth of 20.3 percent (on the back of high prices of textiles), sluggish manufacturing & consumer demand (reflected in the 12.7 percent growth in imports), and strong remittances (up 18 percent over FY10); are primarily responsible for the improvement, the Report added.A preliminary assessment suggests that the external sector will remain comfortable, the Report said and added: “we remain cautiously optimistic about progress on the fiscal side, as shown by the recent fiscal measures to reduce the gap by Rs 210 billion this fiscal year.”

“Having said this, net foreign inflows in the Financial Account have declined sharply, as the stalled IMF program has stopped inflows from other IFIs and bilateral donors. Nevertheless, the improvement in the current account has pushed Pakistan’s FX reserves to record highs, while the PKR remains stable,” the Report observed.

The SBP report noted with concern that the outlook for inflation is not heartening. ‘Although our projections for FY11 have eased marginally to 14.5-15.5 percent, we fear that inflationary expectations are becoming engrained,’ the Report said and pointed out that it is important to make a distinction between administered and non-administered prices: popular perception regarding inflation tends to focus on administered prices (e.g. retail fuel prices, power tariffs, wheat support price) over which SBP has little control.“However, we believe fiscal slippages and excessive use of central bank financing – which the public correctly sees as printing currency notes – has become increasingly instrumental in price/wage-setting behavior. This is where inflationary expectations come into play, in terms of pushing non-administered prices,” the Report observed.

The SBP Report noted that increasing the tax base is without doubt the toughest structural reform to implement, and the one that needs the greatest political will. “The sense of stagnation/resistance is understandable; however, one should realise that a more credible break-through in this area, would pave a much easier path for Pakistan’s economy going forward,” it added.

According to the Report, on the fiscal side, the unending debate about the RGST (and lack of progress) captures the real problem. ‘Having said this, several revenue measures have been announced in mid-March 2011: (1) a 15 percent flood surcharge on existing income tax payers; (2) GST exemptions on fertilizer, pesticides, tractors, sugar and plant & machinery have been removed; and (3) the Special Excise Duty has been increased from 1.0 percent to 2.5 percent. Although these tentative steps are needed, we still think the government’s revenue targets are ambitious, and maintain our projection that the fiscal deficit for FY11 will be in the range of 5.5 percent to 6.5 percent of GDP,’ it added.

Hence, ‘we expect the government to continue shifting its borrowing needs to commercial banks. In our view, banks would be happy with this, as it reduces their risk-weighted assets, which is especially important given the increase in NPLs,’ the Report observed.‘The lack of fiscal space implies that domestic POL prices will have to match international prices, which means further pressure on inflation – especially food inflation’ it said. Furthermore, given the increasing use of imported furnace oil for power generation, tariffs will also have to increase, which could raise social and political pressures. ‘Then there is the issue of the circular debt in both the power sector and commodity financing, which continues to burden the fiscal side,’ the Report added.‘Beyond this, the impact on the rest of the economy could be as follows: oil prices will hit the external sector (this impact could be compounded with softer cotton prices); POL increases will hit the demand for automobiles and construction (and its affiliated sub-sectors); and rising furnace oil prices will exacerbate the energy shortfall that currently exists,’ the SBP Report added.

More broadly, the consistent cutting in development spending (PSDP) to meet deficit targets, suggests there are only three avenues that Pakistan can take – exceptional steps to increase fiscal revenues; reforming loss-making PSEs; and eliminating end-user subsidies, the SBP Report said. On the revenues side, although RGST has become the focal point, addressing revenue leakages and glaring exemptions (e.g. agriculture and ineffective taxation of properties) needs serious attention, according to the Report.The Report stressed that to get a better handle on the outlook for Pakistan’s economy; four issues need to be closely monitored: (1) the upside on agriculture in rabi FY11; (2) the status of the IMF program and fiscal pressures; (3) the risk-averse behavior of commercial banks; and (4) the price of oil. ‘Clearly, the uncertain investment horizon and an adverse law & order situation – related to the fight against extremism – will also strongly influence this outlook,’ the Report added – Dailytimes