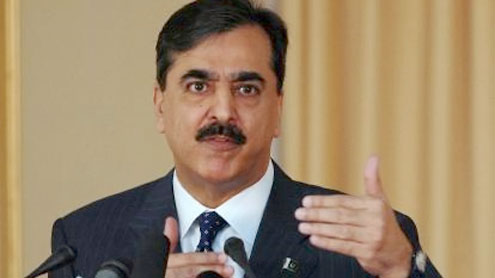 KARACHI: Prime Minister (PM) Syed Yousaf Raza Gilani has said peaceful ‘Aman Rally’ held in Karachi reflects the resolve of the people of the city to maintain peace and security.People of all provinces of the country inhabit the city of Karachi and in this context the ‘Aman Rally’ signified unity through diversity, he added.The prime minister was talking to Sindh Governor Dr Ishratul Ebad Khan in a meeting at the Governor House here on Sunday evening.

He reiterated that the political forces have to join hands to strengthen democracy and democratic institutions in the country.Political stability, he mentioned would lead to economic stability and thus the opening of economic opportunities for the people. The overall political and security situation of the province also came under discussion during the meeting.Dr Khan apprised the prime minister about the political and security situation in the province in general and in Karachi in particular. He also briefed the prime minister about the status on the ongoing development in the province. – Dailytimes