Retirement of 4 generals in Sept prompts promotions, reshuffle in army 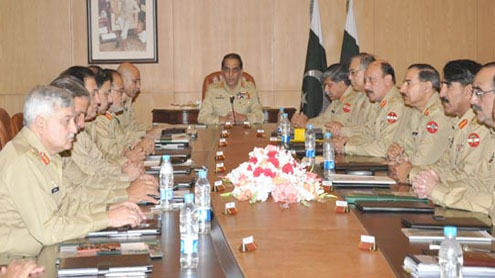 Since promotion to the rank of Lt General in Pakistan Army is vacancy based, these retirements would enable promotions of four Major Generals, the sources told observing, “Transfers and postings on promotion of four Lt Generals and an equal number of Major Generals would certainly cause reasonable reshuffle in the top two-tiers of the army.”Consequent creation of vacancies in the ranks of Major Generals would be filled up through promotion SOPs and that is the Promotion Board that promotes Brigadiers to the next rank. – Onlinenews

PM to hold dialogue with eminent educationists on Monday

PM to hold dialogue with eminent educationists on Monday