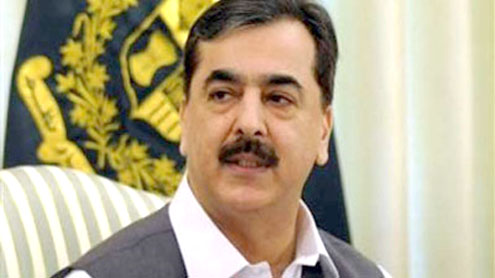 ISLAMABAD: Livid Members belonging to FATA on Wednesday demanded government to withdraw FATA and PATA regulations terming it barbaric.Prime Minister Syed Yousaf Raza Gilani in his statement at the NA on Wednesday again assured the members that government will chalk out their differences.

Earlier, FATA Members under the vibrant leadership of Munir Orakzai has rejected the newly promulgated regulation for tribal areas, terming it more dangerous for tribesmen than Frontier Crimes Regulation.Other Members said that it would have disastrous effects on the country as people would have to face whatever fine or punishment was awarded to them by the administration.

They opine that the tribal people were already grinding under the yoke of FCR but another black law was promulgated to increase their problems.They told NA that we have serious and justified reservations as government didn’t take any local representative in confidence on the issuance of the regulation.Prime Minister Gilani told them that FATA and PATA Regulations were issued due to deteriorating law and order situation as present terrorists used to attack security forces and local civilians which prompted government to issue the order. – Onlinenews

President authorized to hold negotiations with all political forces