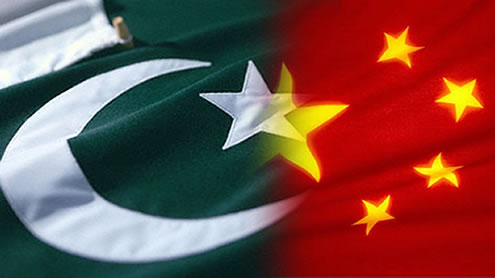 BEIJING: Chairman Water and Power Development Authority (WAPDA) Shakeel Durrani has said that twelve new hydro power projects have been discussed in the Pakistan-China JEWG meetings for the mutual benefits of both sides.

The Chairman WAPDA was a member of the Pakistani delegation to the first Pakistan, China Joint Energy orkingGroup (JEWG) meetings. The Minister for Water and Power Syed Naveed Qamar led Pakistan on a two-day meetings that concluded here on August 2. Out of these twelve, Shakeel Durrani in an interview said that WAPDA has six, while three from private sectors.

There are also three additional projects in which Chinese can invest or could also work as contractors for civil, electrical and mechanical works, he added. “All these 12 are hydro projects”, he said adding that apart from that they talked on alternate energy and on coal fired projects, as Pakistan has the largest coal reserves in Thar. “The government of Sindh and a private sector groupENGRO, wish to develop 1200 MW of coal based power project there”, he said adding that they also want to get involved in mining.

Durrani said therefore, mining is another area where there is hug potential for Chinese companies. Shakeel Durrani said that they discussed Thermal and laying transmission line projects as well. “So all in all there is vast scope for Chinese companies to work in Pakistan and for Chinese investors to make investment in our energy projects”, he noted. On question for Chinese financing for these mega projects, Shakeel Durrani said EXIM Bank and China Development Bank have been providing loans to Pakistan for financing various projects, adding that they have availed a large amount of loans in the past.

These days, he said that they are also discussing financing and the terms of financing including the rate of interest and repayment of loans. China, the chairman WAPDA said, has been providing financing for energy sector projects and would continue to do so in future as well. The interest rates differ from project to project, he replied to a question, and said they are holding negotiations with concern agencies. In these days, he said that out of 11 hydro power projects they have, Chinese contractors are supplying equipments for ten, so they have extensive cooperation with China.

In our meetings, he said that they also exchanged views where the Chinese can come either as contractors or as investors. He pointed out that Chinese could also invest in power houses. Those who attended the inaugural JEWG meetings from Pakistan side were: Ambassador Masood Khan, Chairman WAPDA, Shakeel Durrani; MD PEPCO, Rasool Khan Mahsud; CEO Alternate Energy Development Board, Arif Allauddin; MD Thar Coal and Energy Board, Aijaz Ali Khan; MD Private Power Infrastructure Board, N. A. Zubairi and CEO Sindh-Engro Coal Mining Company, Khalid Mansoor. – brecorder

Syrian city of Hama blacked out

Syrian city of Hama blacked out