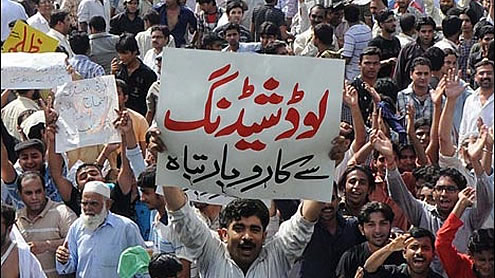 Angry residents staged protest in many localities and blocked roads by burning tyres. The protesters also canted slogans against the government. The protesters were of the view that continuous power shutdown is badly affecting business and daily life of the people. – DunyaNews