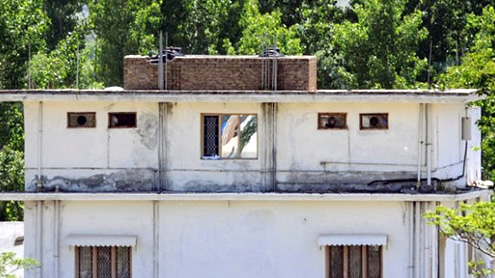 ISLAMABAD: A Pakistani commission investigating the US raid which killed Osama bin Laden on Thursday said a doctor who helped US intelligence track the Al-Qaeda chief should be tried for treason. The commission probing how bin Laden lived undetected for years in Pakistan also said it had lifted travel restrictions on the Al-Qaeda leader’s family after taking statements and investigating his widows and daughters. The commission said a case of treason should be brought against government surgeon Shakeel Afridi whom security officials believe may have known about bin Laden’s presence and shared the information with US intelligence agents.

The discovery that bin Laden lived in the garrison town of Abbottabad, seemingly for five years, and the unilateral American raid in May have been described by critics in Pakistan as the military’s worst disaster since Bangladesh separated from the country in 1971. Afridi is being questioned over a free vaccination campaign he reportedly launched in March-April in the bin Ladens’ neighbourhood. “In view of the record and evidence placed before the commission in relation to Dr. Shakeel Afridi, the commission is of the view that prima facie, a case of conspiracy against the state of Pakistan and high treason is made out against him,” the commission said in a statement.

“Therefore, a case under relevant law should be registered against Dr. Shakeel Afridi and he should be proceeded in accordance with law.” The commission however lifted travel restrictions on bin Laden’s family.It said: “they are no more required to the commission. Consequently, restraining order may be treated as withdrawn to the extent of bin Laden’s family.” Pakistan took custody of bin Laden’s widows, two Saudis and one Yemeni, and around 10 of their children, after US Navy SEALs killed him and flew off with his body from Abbottabad on May 2. The commission interviewed the widows and daughters and the head of Inter-Services Intelligence (ISI), Ahmad Shuja Pasha, on Wednesday. The panel in July had ordered the women and children to remain in Pakistan until further notice. The commission also directed that the bin Laden compound “should be handed over to civil administration of Abbottabad for disposal in accordance with relevant law”.

The commission, which the government set up under pressure from a political opposition amid criticism that an internal military inquiry would not be objective, has the power to summon military and civilian leaders. Headed by judge Javed Iqbal, the other members of the commission are Abbas Khan, a former police commander, Ashraf Jehangir Qazi, a former UN diplomat and retired general Nadeem Ahmed, who used to head the national disaster authority. The commission has said it was tasked with investigating the “full facts” regarding bin Laden’s presence in Pakistan, the circumstances of the American raid that killed him and the lapses “if any” of Pakistani authorities. – brecorder

Spain’s Duchess of Alba remarries at 85 in Seville