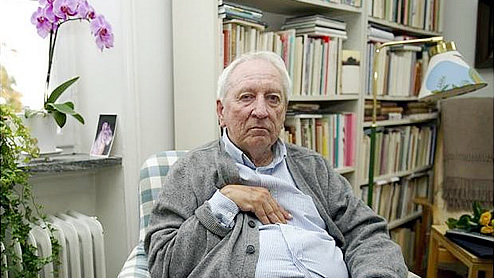 Swedish poet Tomas Transtroemer has been awarded the 2011 Nobel Prize for Literature. The Royal Swedish Academy named him the recipient “because, through his condensed, translucent images, he gives us fresh access to reality”. The 80-year-old is the 108th recipient of the prestigious prize, given last year to Peruvian Mario Vargas Llosa.  Presented by the Nobel Foundation, the award – only given to living writers – is worth 10 million kronor (£944,246). A trained psychologist, Transtroemer suffered a stroke in 1990 that affected his ability to talk.

His poems – described by Publishers Weekly as “mystical, versatile and sad” – have been translated into more than 50 languages. English translations were largely handled by American poet Robert Bly, a personal friend, and Scottish poet Robin Fulton. Fulton, said Transtroemer would be remembered for “his very sharp imagery that translates readily, telling metaphors and a sense of surprise”. “You don’t feel quite the same after you’ve read it as you did before,” he added. Fulton first began working with Transtroemer in the early 1970s, and told the BBC: “Some of the Swedish I’ve learnt was learnt in the process of translating Tomas.

“You have to plunge in somewhere. When you’re in the mood it’s good until someone points out the mistakes you’ve made.” Tipped as a potential Nobel prize winner for many years, Transtroemer is the eighth European to win the Nobel Prize for Literature in the last 10 years. He is the first Swede to receive the prize since authors Eyvind Johnson and Harry Martinson shared it in 1974. Born in April 1931 in Stockholm, Transtroemer graduated in psychology in 1956 and later worked in an institution for juvenile offenders. His first collection of poetry, Seventeen Poems, was published when he was 23. In 1966 he received the Bellman prize, one of many accolades he has won over his long career. In 2003 one of his poems was read at the memorial service of Anna Lindh, the murdered Swedish foreign minister. – bbc