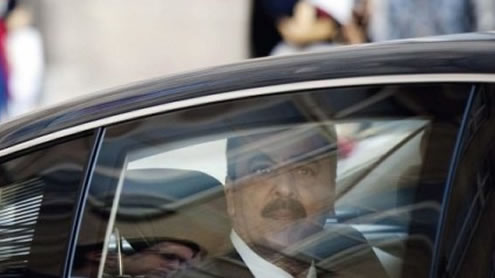 QUETTA – Prime Minister Syed Yousaf Raza Gilani on Monday said Balochistan’s development was the top priority of Pakistan People’s Party (PPP)-led government, which was evident from the unprecedented increased in the province’s share in the National Finance Commission (NFC) Award, the employment quota of Balochistan in the federal departments and development share of the province in the federal Public Sector Development Programme (PSDP).

The prime minister said the managing director for the Overseas Pakistanis Foundation (OPF) had been appointed from Balochistan while boards of all corporations of the federal government were being restructured in order to give due representation to Balochistan in their boards.Referring to the share of Balochistan in the NFC Award, he said it had been increased from 5.1 percent to 9.09 percent which had raised Rs 50 billion for the province in the divisible pool.

Additionally, an amount of Rs 3 billion had also been given by the government under ‘Quetta package’ and the amount was being utilized on infrastructure development.He said the Information Technology Centre at the Balochistan University of Information Technology had been set up at a cost of Rs 460 million. He added that the parliamentarians from the province had been provided Rs 13.7 billion from the PM’s special fund in order to carry out development schemes in their respective areas. On the occasion, the prime minister announced to set up campuses of Balochistan University of Information Technology in Zhob, Kalat, Noshki, Pishin Qilla Abdullah and Gawadar districts. He said the LPG plants were also being established at Noshki, Dalbandin and Surab. – Pakistantoday