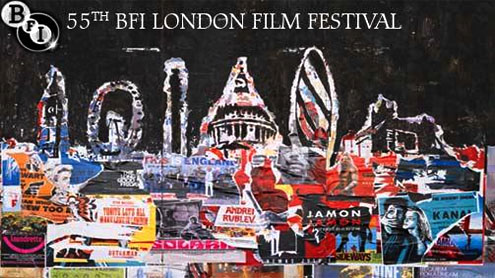 Drama’s cast members Anthony Hopkins and Rachel Weisz are no shows as British shindig kicks off for two weeks.

LONDON,Jude Law and a myriad of ensemble cast members navigated the complicated route to the red carpet to see Fernando Meirelles’ 360 unspool as this year’s BFI London Festival’s opening film.The opening gala, held in London’s Leicester Square, an area currently under heavy refurbishment work, marks the start of two weeks of gala screenings, industry discussions and the third year of the event’s all singing and all dancing standalone awards ceremony.

Meirelles’ appearance at this year’s festival marked a welcome return to the filmmaker whose The Constant Gardener opened 2005’s festival.Billed as a kaleidoscope of interconnected love and relationships linking characters from different cities and countries in a tale of romantic life in the 21st century, 360 is written by Oscar-nominated scribe Peter Morgan, also on hand to introduce the film.PHOTOS: Toronto Film Fest’s Top Ten Fashion Statements.Meirelles said he was worried about opening the festival with a movie that he felt was neither “bombastic” nor “controversial,” two things he thought an opening movie at a major international film festival should possess.

Germany’s Moritz Bleibtreu, Austria’s Johannes Krisch and Gabriela Marcinkova and Lucia Siposova, both from the Czech Republic, were also in attendance.But Anthony Hopkins and Rachel Weisz, who both co-star in 360, did not attend the gala on account of other commitments.Festival artistic director Sandra Hebron, giving her last opening speech as she is stepping down at the end of this festival after being with the BFI Festivals department since 1997, remained calm and controlled despite the obvious emotion of the occasion.Hebron noted the breadth of British filmmaking talent on show throughout the coming two weeks and described Mereilles’ film as British.

The film is produced by former co-chairman of Universal Pictures David Linde, on hand and on stage to receive the plaudits as well as British producer Andrew Eaton and writer Morgan.Eaton graciously thanked Hebron for choosing his film to open this year’s festival and also noted that for someone in her position, she had no apparent enemies in an industry “full of cynisism and brutality.”He also called to the stage Austrian producer Danny Krausz.The movie’s tapestry funding is made up as a Revolution/ Dor Film/ Fidelite production, in co-production with O2 Filme and in association with BBC Films, the U.K. Film Council, ORF, Unison Films, Gravity Pictures, Hero Entertainment, Prescience, EOS Pictures, Wild Bunch, Film Location Austria, Austrian Film Institute and Vienna Film Fund.

Eaton noted the contribution of BBC Films and the U.K. Film Council, now the BFI Film Fund.Said Eaton: “Like all independent films we lost funding at the eleventh hour and there were dark meetings in dark rooms to sort it out with lawyers involved. I want to thank those lawyers who sorted it out, they are in tonight and they know who they are.”Over 16 days the festival will screen a total of 204 fiction and documentary features, including those 13 World Premieres, 18 International Premieres and 22 European Premieres.The event will also play host to its usual mix of career interviews, master classes, and other special events with cast, crew and filmmakers.The 55th BFI London Film Festival runs October 12 through 27. – Hollywoodreporter