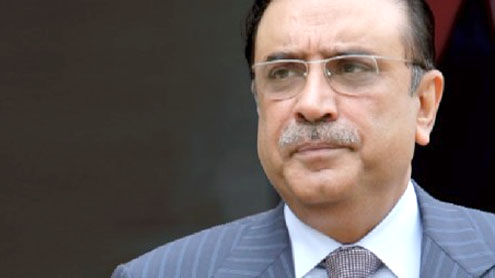 ISLAMABAD: President Asif Ali Zardari told US Secretary of State Hillary Rodham Clinton on Friday that public criticism of Pakistan’s role in the war against terrorism undermined the common struggle of Pakistan and the United States against militancy in the region, and that enhanced consultations must be based on mutual respect, sovereignty and interests.

Clinton, who called on the president here at Aiwan-e-Sadr leading a high-level US delegation, discussed a host of issues related to Pakistan-US ties, the fight against militancy and the regional situation with particular reference to Afghanistan during the one-on-one and delegation-level meeting.VIOLENT MINDSET: “Our people and the leadership was among the first ones to fully realise and comprehend the threat posed by a violent mindset which is bred on the premises of deprivation and fuelled by a sense of inequality,” Zardari said. – PT

Action in days and weeks, demands US

Quacks to get tougher sentences

Quacks to get tougher sentences