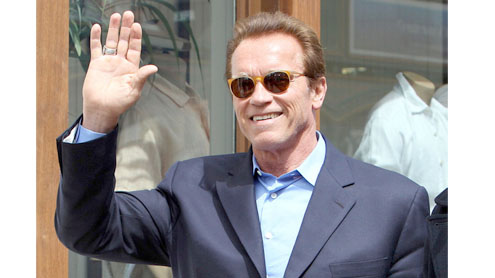 New Mexico: Arnold Schwarzenegger has been banged around and bloodied while filming a contemporary Western movie in the US.

The New York Post reports the former California governor posted on Twitter that he got a little banged up Thursday on the set of “The Last Stand,” in which he portrays a small town sheriff who takes on a drug kingpin.Schwarzenegger thanked the medical staff who returned him to action an hour later.A photo shows what appears to be a bloody cut down the middle of Schwarzenegger’s forehead.Schwarzenegger did not provide details of what happened. – Arabnews