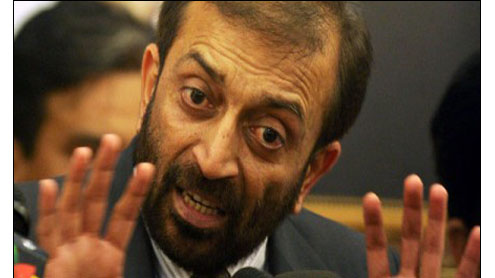 KARACHI: In a move to broaden political structure and increase representation across the country, Muttahida Qaumi Movement (MQM) has announced formation of Central Executive Committee (CEC).

He said it would assist MQM and its Coordination Committee (CE) in organisational matters, policy-making and preparation of manifesto.He said, “The CEC members will work in their respective areas and also create awareness among the masses against feudalism.” MQM is a popular political party that believes in national solidarity, inter-faith harmony, human dignity and serving the people, he maintained.“The committee will assist CE in structuring of party organisation, policy issues, propagation of party policies, preparation of party manifesto and holding of party programmes.”

Dr Sattar said the council shall hold a meeting on a quarterly basis under CE in order to exchange views and advise it on national issues. He said: “It will also play an active role in abolishing medieval feudal system, corrupt political culture and dynastic politics in the light of the philosophy of MQM chief. I will also work for creating awareness in the public for the empowerment of poor and middle-class people of the country.”

“MQM under the leadership of Altaf Hussain has been making practical efforts to bring to an end the corrupt political and feudal system from the country that has kept the country in its menacing grip,” he observed.MQM has the distinction of having the leadership and the workers from the poor and middle class, Dr Sattar said. “MQM introduced the leadership from the poor and middle class in the Senate, National Assembly, Provincial Assembly and local councils.People of Pakistan admit that the MQM does not auction party tickets at the time of elections in return for millions of rupees,” he pointed out. – Dailytimes

Pakistan must do more to counter terrorism: Australian PM