Energy drinks send thousands to ER, according to US report 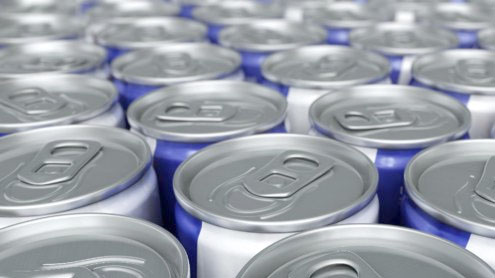 A new report from the US government released on Tuesday warns that energy drinks are sending an alarming number of people to emergency rooms.

In 2009, US emergency rooms treated almost 10 times more cases of reactions to beverages such as Monster, Red Bull, and Rockstar than they did in 2005, according to a report from the US Substance Abuse and Mental Health Services Administration (SAMHSA).More than 13,000 people visited hospital emergency rooms in 2009 due to highly caffeinated beverages, and nearly half the emergencies resulted from mixing energy drinks with alcohol or other drugs. The report notes that the vast majority (77 percent) of these visits were made by people ages 18 to 39 and that males made up 64 percent of all the visits.

“A lot of attention has been paid to energy drinks that have alcohol in them and everybody understands that the effect of that can be pretty serious,” said lead author Albert Woodward, project director of SAMHSA’s Drug Abuse Warning Network, “but energy drinks by themselves can have adverse effects.”Meanwhile, experts urge fans of energy beverages to be aware of the caffeine content in the products to avoid overdoing it: for example, an 8.4 ounce (250 mL) can of Red Bull contains 76-80 milligrams of caffeine, according to the Mayo Clinic. An 8 ounce (240 mL) cup of brewed coffee can contain between 95 to 200 milligrams of caffeine.

In a study announced earlier this year, researchers discovered that energy drinks mixed with alcohol contribute to higher impulsivity and stimulation in the drinker, which they say can correlate with riskier behavior. Results of the new study were published in the July 2011 issue of the journal Alcoholism: Clinical & Experimental Research. – Yahoonews