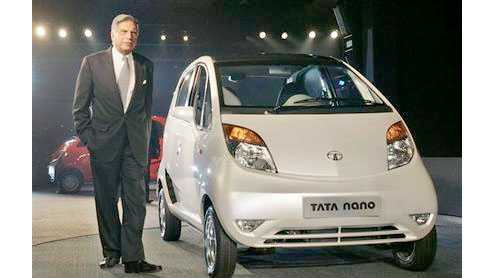 MUMBAI: Culture and continuity have prevailed in the Tata Group’s search for a new chairman to head India’s biggest business house.

In hindsight, the sprawling conglomerate’s flirtation with bringing in an outsider appears to have been only that.“It is better to have somebody that the house knows, rather than somebody from the outside, because that will be a blind bet,” said J.J. Irani, a Tata Group veteran and former managing director of Tata Steel.Despite a worldwide search for a successor to Ratan Tata that lasted more than a year and held India Inc in thrall, Tata Sons, the holding company for an empire spanning cars, steel, and hotels, on Wednesday named Cyrus Mistry, 43, to be its next chairman.

The selection of low-profile Mistry, a member of the Tata family by marriage whose father is the largest single holder of shares in the Tata Sons holding company, caught many by surprise.The prospect of an outsider — PepsiCo Inc Chief Executive Indra Nooyi and former Vodafone Group Plc boss Arun Sarin were said to have been in the mix at some point — had tantalised watchers of the group’s Bombay House headquarters, yet Mistry was seen as a safe choice.Gita Piramal, a business historian who has written extensively on the Tata group, said there was no need to bring in an outsider to shake things up.

“I won’t say they wouldn’t have fit in, but it’s a period of extreme volatility, and the group is going strong. An insider makes sense,” Piramal said.Jagannadham Thunuguntla, head of research at SMC Global Securities, said Mistry faces more challenges than opportunities.“Tata Group is extremely diversified, they have cross-border issues, acquisition financing to be taken care of (and) he has to deal with a lot of integration issues,” Thunuguntla said.Under Ratan Tata’s leadership over 20 years, Tata sales have grown from $5 billion to $83 billion, and almost two thirds of its revenue now comes from overseas.

But this is a country where family-run companies account for two-thirds of listed companies worth over $50 million, the highest share in Asia, according to a Credit Suisse report, and Tata is a part of that culture.“We are still a very family-oriented kind of a business structure, even today, despite what we try to convey. We are in the process of changing but it’s going to take some time,” said Rajan Ghotgalkar, India head of fund giant Principal Financial Group, which holds shares in Tata Motors, Tata Steel, and TCS.Nevertheless, like its family-run peers Reliance Industries Ltd, the Essar Group and the Aditya Birla group, Tata has made acquisitions abroad and employs outsiders to run business units.

And Tata’s three biggest firms — Tata Motors, owner of the Jaguar Land Rover brands and maker of the ultra-cheap Nano, top Indian outsourcer Tata Consultancy Services (TCS) and Tata Steel — are all headed by non-family members, although Ratan Tata is the chairman of each. “The fact this took such a long time means there has been a debate, there has been a lot of thinking on it. At least it is moving in the right direction,” said Ghotgalkar,Mistry is the younger son of construction magnate Pallonji Mistry, who with a stake of 18 percent is the single largest shareholder of Tata Sons, and has been a director of Tata Sons since 2006 but is little known outside his circle.

Since 2003 he has headed his family’s unlisted construction firm, the Shapoorji Pallonji Group, a role he has now given up. He will serve a year-long apprenticeship as vice chairman at Tata Sons before taking over as chairman.“The Tatas, as a business empire, are not known for many shock-and-awe moves. They take decisions very quietly and then execute on that, and Mistry will fit in well there,” said Rishi Sahai, director at Indian consultancy firm Cogence Advisors.ome of the challenges facing the group include revving up the below-expected sales of the Nano car, Ratan Tata’s brainchild, and cutting down the debt pile accumulated through acquisitions by Tata Motors and Tata Steel.

“He will have to face the same challenges that any business house has to face. But he also needs to remember that we are now an Indian MNC, and more than 50 percent of our revenues come from outside India,” said Irani, who – like the Tatas and the Mistrys – is part of Mumbai’s close-knit Parsi community.Cyrus Mistry’s sister is married to Ratan Tata’s half-brother Noel Tata, who was also a candidate to be Tata chairman and had been seen to be a front-runner for the post. Mistry will be the sixth chairman of the 143-year-old group, and just the second not named Tata.“He is familiar with the group, and the group is familiar with him. Though he doesn’t have the Tata name from the point of view of the culture and values there is continuity,” Irani said. – Kahleejnews