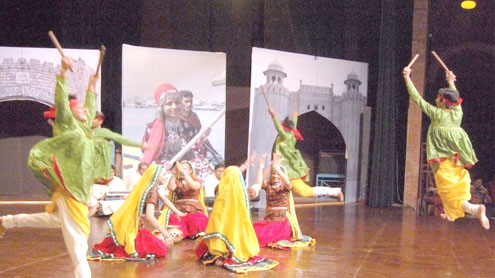 ISLAMABAD: The performance of dances, music and drama here Thursday visualized the essence of national intangible heritage at Pakistan National Council of the Arts (PNCA).

The enthralling performing art show was followed by a seminar addressing the value of collection of music, setting up audiovisual library of music, dance, drama and films and scientific indexation and cataloguing of all available audiovisual recordings material in all formats. Capacity building for the implementation of the Convention for the Safeguarding of the Intangible Cultural Heritage (2003), enjoys highest priority in UNESCO’s programmes, recognizing that effective implementation depends upon profound knowledge and understanding of the Convention and its concepts, measures and mechanisms. – Dailytimes