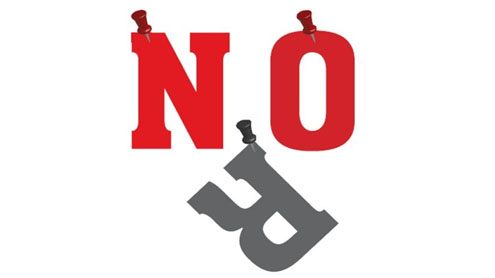 ISLAMABAD: The Supreme Court on Tuesday dismissed the review petition filed by the federation against its December 16, 2009, judgement on the National Reconciliation Ordinance (NRO).

Chief Justice of Pakistan Iftikhar Muhammad Chaudhry, heading a 17-member larger bench, announced the short order, saying the court was of the considered view that no case was made out for a review. The bench directed the authorities concerned to comply with its earlier detailed order on the issue in letter and spirit without any delay.

The short order said: “The court from November 21 to November 24 heard the federation counsel Dr Babar Awan at length and considering all the aspects of the review petitions filed under Article 188 of the constitution of Pakistan to revisit the judgement. The counsel failed to make out a case, as a result, the review petition is dismissed.” Earlier, the bench resumed the hearing, seeking review of certain aspects of the Supreme Court’s December 16, 2009, verdict. The court had declared the NRO void ab initio, unconstitutional and null and void.

Babar Awan filed an application in the Supreme Court on November 19, and sought permission to represent the federation in the review petition. He told the court on November 24 that he wanted to submit some documents. It is a settled and recognised principle that additional documents are not allowed at the stage of a review tition. Therefore, initially the court declined the request but after a second thought allowed the counsel to produce and read the documents in the court. The court during the proceeding on Thursday directed Attorney General of Pakistan Maulvi Anwarul Haq to convey the message to Babar Awan to appear before the court. Despite the Supreme Court direction he did not turn up. Advocate-on-Record Mehmood A Sheikh asked the bench to adjourn the case but the court declined his request.

Justice Jawwad S Khawaja said the only reason they did not want the documents to be read in the court was that there were names of dignitaries of Pakistan People’s Party (PPP), including the PPP founder, Zulfikar Ali Bhutto, in them. He further said that they did not want people to know those names. The court, later, pardoned former solicitor general Syed Nasir Shah. He was issued notice for not cooperating with the court during the NRO proceedings. Appearing before the bench, Nasir sought an unconditional apology, and said: “I throw myself at the mercy of the court.” The court accepted his plea and discharged the case against him. – Dailytimes