Intelligence sharing with US suffers a blow 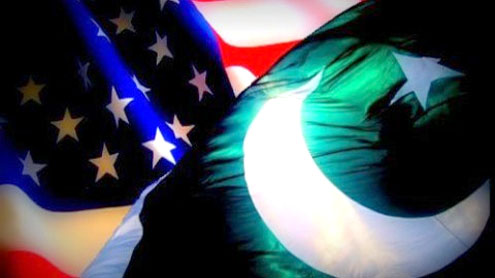 ISLAMABAD: In the wake of Saturday’s NATO/ISAF air strikes on two Pakistani border posts that killed 24 troops and wounded another 15, the intelligence-sharing, which is critical to counter-terrorism and a communication channel to pass on information about the militants and terrorists’ movement on both sides of the Pak-Afghan border, has also suffered a blow following the blocking of supplies to Afghanistan, notice to the US to vacate Shamsi airbase and Islamabad’s refusal to participate in the Bonn Conference.

As the Obama administration tries for the restoration of NATO supplies and withdrawal of Islamabad’s demand for the airbase to be vacated, through secret channels it is also urging Pakistan to raise the level of intelligence cooperation, which is the most vital component of counter-terrorism.Central Intelligence Agency (CIA) chief General David Petraeus called his Pakistani counterpart Inter-Services Intelligence (ISI) chief General Ahmad Shuja Pasha seeking restoration of intelligence cooperation two days ago, but Islamabad declined to cooperate until certain important steps were taken by the US with a formal apology at the top level.

The other demands of Pakistan are stern punishment for NATO officials involved in the strike, compensation to the victims’ families and a firm assurance that such an act of aggression would not be repeated.Apart from intelligence cooperation, military-to-military ties between Pakistan and the US have also suffered to a great extent but channels are being kept open on the request of Washington to iron out differences that erupted after the attack in Mohmand Agency.“Some important calls are being made at the level of the military leadership, with the US side expressing condolences over the killing of Pakistani soldiers and asking for reversal of anti-Washington decisions, but they are being told that the government would decide what should be the future nature of Pakistan-US ties,” said a Pakistani official, who asked not to be identified by name.

ALTERNATIVE ROUTES: A diplomatic source meanwhile confirmed that the US and other NATO states were looking for alternative routes to ensure a smooth supply of goods to their troops stationed in Afghanistan.However, he hastened to add that Washington and its allies were exploring other routes even before the Mohmand Agency strike and one could say that the process had been accelerated.“NATO reduced 50 percent of its dependence on Pakistan when it comes to supplies for Afghanistan before the Mohmand Agency strike and if the situation doesn’t improve between the two sides, the level would be reduced further with shifting of the goods to other routes,” he said.

At present, he said, the US authorities were more concerned about the loss of intelligence cooperation with Pakistan and equally important, the role of Pakistan in the Washington-backed Afghanistan reconciliation process with the Taliban, which they see as not paying any dividends without Islamabad’s support.“So it is exactly these two things that the US administration has been urging Pakistan to not walk away from, as that would be catastrophic for Washington’s exit strategy for Afghanistan,” he said. – PT