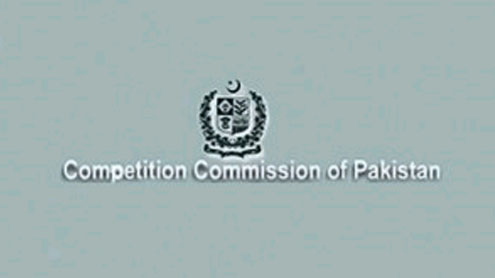 ISLAMABAD: The Ministry of Finance has agreed with the Senate Sub-Committee on Finance here on Wednesday to lay down more stringent international financial control rules and also to further expand the scope of definition of term ‘conflict of interest’ for financially independent institutions working under the ministry’s administrative control especially the Competition Commission of Pakistan (CCP).

The sub-committee was formed to look into the allegations of financial mismanagement in CCP, which came to the surface through an anonymous e-mail received by the Ministry of Finance as well as member of the committee.Senate Standing Committee on Finance headed by Senator Ahmed Ali had formed the sub-committee under the chairmanship of Senator Ishaq Dar to look into the allegations and recommend ways to eliminate such kind of issue again in the organisation.The committee held its three meetings and in its last meeting held on Wednesday finalised in consultation with the Ministry of Finance officials recommendations for redressal of the concerns of members of the committee raised during the deliberations of the committee and anonymous e-mail.

Dar further informed that they have decided to recommend that special audit of the fiscal year 2008-09 and 2009-10 of the accounts of the CCP may be arranged through Auditor General Pakistan (AGP) office and this audit should point out the AGP office is satisfied or not with the internal financial controls put in place by the existing management for eliminating financial mismanagement.

They also took serious notice of the financial embezzlement of Rs 6.8 million in the CCP during the fiscal year 2008-09 and 2009-10 and decided to recommend the committee that recovery from the involved official was not enough and legal action must be taken against them. The committee was of the view that penal action against officials involved in financial mismanagement would work as deterrent and no one would dare to do the same in the future.Senator Dar also informed the media that the sub-committee has asked the Ministry of Finance to arrange proper inquiry of allegations if these are of serious nature no mater if these are levelled through an anonymous e-mail or any undisclosed mean.

The members of the sub-committee Senator Professor Khursheed Ahmed, Senator Safdar Abbasi and Senator Haroon Khan were of the view that these recommendations would help maintain highest level of financial transparency in the federal institutions, which are enjoying financial independence. Ministry of Finance additional secretary and joint secretary present in the meeting also endorsed the recommendations and informed the committee that required full measures would be taken in due course. – Dailytimes