Can we control the politicians? 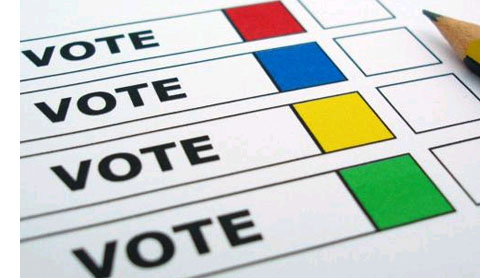 The other morning, not being driven by the dreaded alarm clock as it was holiday time; I had one of those funny dreams. You know the sort where everything seems logical and flows rapidly from one point to another.

The gist of the dream was that could we solve the global financial crisis. First however I had to put all the politicians who were competing for elections this year in front of a tall mirror, preferably floor-standing. And with this the politicians were to be expelled to a remote island to talk and electioneer at the mirror so they would not bother us on all the media channels. To run the countries I would fully engage the permanent staff in their regimes to hold meetings with their partners in banks and in other countries unencumbered by the politicians posturing for vote-catching. Well I did wake up and dismissed this idea with a wry smile — it was holiday time.

Yet I had a worry about this whole business. Who really controls the politicians — is it us the voting electorate, the permanent staff in ministries, the judges … who? These guys rush about their countries, making TV moments, kissing babies and commenting on all matters. Some, in Europe make frequent visits a deux to solve the Eurozone crisis; but not much happens as we are waiting for the slow grind of the treaty writers to agree the legality of each word and phrase of the December document that all members of the EU bar one agreed up — though one stated it was “… like the Loch Ness monster. We have all heard of it, but not yet seen it”. Meanwhile the outsiders, like rating agencies, worriedly look on and they will pounce soon — most likely on Italy in a few days.

Normally many nations’ leaders become distracted from their task of leading at election time. Beaming, not making gaffes, and so on becomes much more important than understanding what decisions have to be taken and what may be the unintended consequences. They arrange keynote speeches on all aspects of their government’s intended future based on local measures — small fire fighting — while the forest is ablaze and they seem not to care. Unless, that is, there is a photo opportunity to be got, hobnobbing with the other leaders so being seen to be doing their day job. How can these people carry all the knowledge to individually solve the globe’s problems — because that is what is needed, not a further handshake and a muttered platitude?

Clearly what is happening in the background is that the ‘men from the ministry’ maintain the calm workings of the nation, working with their peers along the ‘corridors of power’, and phoning or e-mailing their opposite numbers in other countries when warranted. But these people too are being hampered by regulations—not about elections directly, but about divulging too much to their relevant ministers in case he or she rushes off to blaze a new vote-catching trail. Most of the UK enjoyed watching the TV series ‘Yes, minister?’ without bothering to ascertain its reality, the permanent staff had a good laugh at the antics of the TV characters who seemed to mimic their real experiences.

The fact remains that we, en masse, do not understand how our governments work. Who meshes with whom, how and why? And when mistakes occur who cleans up the mess and more to the point who convenes a learning meeting? Or is that mess just hushed up in the hope that few will know about it — or better still arrange another glamorous meeting with the TV and radio being there: that will massage the masses!

But make no mistake — this is a worrisome year with elections being held across Europe, the US, Russia and China as well as in many other small nations. These will distract the electorates and politicians alike — and maybe cause them all to miss a trick or so that may have ameliorated  financial problems. – Kahleejnews