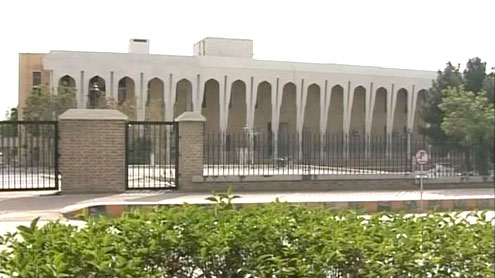 ISLAMABAD: The Supreme Court (BHC) on Monday rejected a report filed by the Balochistan chief secretary on the security situation in the province.

A three-member SC bench, headed by Chief Justice Iftikhar Muhammad Chaudhry, also directed the Balochistan advocate general (AG) to submit on January 20 reports from the Intelligence Bureau (IB) and CID on the law and order situation in Balochistan in the last three months.“No one can live without a soul … and Balochistan is the soul of Pakistan,” the court said while hearing a petition by Balochistan High Court Bar Association President Hadi Shakeel Ahmed on the deteriorating security situation in the province.

As the hearing resumed, AG Amanullah Kunrani submitted a report on behalf of the chief secretary of Balochistan. But the court said the report was “not satisfactory” because no steps had been taken to improve the security situation.The court directed the AG to submit reports from the IB and CID, adding, “We will also seek a report from the ISI, if need be.”

Kunrani told the court that the situation in Quetta “is not as bad as in Karachi”. Justice Khilji Arif Hussain, however, said Karachi was a cosmopolitan city having a population of 20 million people. He said the people of Karachi could move around freely but in Quetta “no one can move alone”. “The people of Quetta are scared [of the poor security situation],” the judge said.

Chief Justice Chaudhry said how could law and order be maintained when the provincial government was not serious to improve the situation. “We don’t want to say anything on our own as there is a constitution which determines duties of the institutions,” the chief justice said. – Dailytimes

Can we control the politicians?