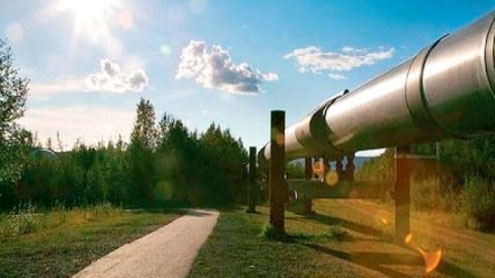 ISLAMABAD: Pakistan wants the United States to drop its opposition to the purchase of gas from Iran through a multi-billion dollar gas pipeline project as a major demand for the reopening of NATO supply routes and restoration of full counter-terrorism cooperation, along with other steps that it wants the Obama administration to take such as a formal apology over air strikes on its border posts and assurance of no breach of its sovereignty in future.

In order to meet its increasing energy demands, Pakistan is working on several fronts including the gas pipeline that will pump natural gas from Iran. However, the US has time and again demonstrated its opposition to the project and also conveyed to Islamabad that this pipeline would come under the sanctions imposed by Washington against Iran. Pakistani authorities have decided, nonetheless, to move ahead with the gas pipeline and they have their eyes fixed on 2014 as the completion time of this vital project. “Pakistan is committed to the Pak-Iran gas pipeline and the sanctions do not cover this project. There is no change in our stance and we are working to complete the project by 2014.

We believe that this project is beyond the scope of the relevant UN resolutions which we are obliged to comply with like all other member states,” Foreign Office Spokesman Abdul Basit said in reply to a question on the pipeline.Another Foreign Ministry official, who sought anonymity, told Pakistan Today that the US was not only pressurising Pakistan to give up the Iranian gas pipeline but was also offering Pakistan gas supply at lower prices.He said that US authorities had also been advising Islamabad to go for another pipeline from Turkmenistan through Afghanistan, which they believed was a better option.

“However, Pakistani authorities have been adamant in their refusal to US demand for abandoning the gas pipeline project and they have rather made it a part of their list of demands from US for the restoration of NATO supplies and cooperation in counter-terrorism efforts,” the official said. “Pakistan has asked the US to drop its opposition to the gas pipeline from Iran and exclude it from sanctions imposed against Tehran,” he added. – PT