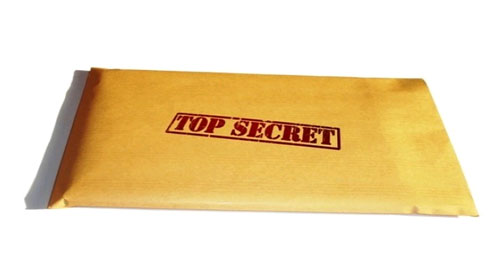 ISLAMABAD: With an extension for a judicial probe and a removal of a travel ban on the principal accused, the urgency, it seems, has officially abated – despite another “secret letter” to the chief justice by Mansoor Ijaz.

The judicial commission probing the Memogate saga, working frantically given its one-month deadline, can breathe easier as of Monday: The Supreme Court granted it another two months to conduct investigations. In addition, the apex court also removed its travel curbs on the principal accused, former ambassador to the US Husain Haqqani given his cooperation with the court.On the other hand, a host of questions have cropped up regarding Mansoor Ijaz, the principal accuser.

After weeks of uncertainty and stalling progress despite frenzied proceedings, the three-member commission had requested the apex court for an extension, citing the slow pace of investigation as the main cause.“We do not want to interfere in the proceedings which are being undertaken by the commission. However, in the interest of justice, we extend the time for completion of the proceedings for a period of two months commencing from the passing of this order,” the court ruled.There are strings attached, however, to Haqqani’s freedom: He has been directed to provide all travel particulars to the Supreme Court registrar and will be bound to return on four days’ notice if his attendance is required either by the commission, or by the apex court.

Ijaz, on the other hand, could not prove so lucky. The court rejected the plea of Ijaz’s counsel Muhammad Akram Sheikh seeking to record the evidence of his client abroad and directed him to place his request before the commission for the passing of an appropriate order.‘A secret letter’Ijaz, meanwhile, has once again shown his keenness for writing.During the hearing, the chief justice revealed that Ijaz had addressed a letter to him under the caption “Secret letter”, wherein he had disclosed certain information requesting that it remain confidential.

“We are not aware of its authenticity. It is a cardinal principle of law that whenever a person claims confidentiality or requests the court to treat any document as confidential or classified, the court may go through it, but its status to be treated as confidential or as a classified document has to be decided according to law,” the court ruled in its order.Disapproving of what some see as Ijaz’s arbitrary interaction with the court, the SC ruled that it would have been appreciated if he had sent such a document through his counsel. Regardless, it appears that the contents of the letter will remain unknown for now: “Be that as it may, at this stage, we will not be considering this document for any purpose, but the same will be kept in a sealed cover under lock by the court’s registrar,” the court order stated.

Attorney General Maulvi Anwarul Haq, who appeared for the chief of army staff, the Inter-Services Intelligence Director General (DG ISI) and the ministries of cabinet, defence, foreign affairs, interior and law, briefed the court about the proceedings so far undertaken by the commission. The court was informed that Ijaz’s absence before the commission meant some time was likely to be consumed before completing findings.However, Barrister Zafarullah Khan, one of the petitioners in the case, stated that in the absence of Ijaz’s testimony, the statement of DG ISI, who has already given his affidavit, be recorded.

Meanwhile, another legal spectre raised its head when Shahid Orakzai, one of the petitioners, appeared before the court in person and stated that he had raised a different question in his petition altogether, which was missing from previous petitions already entertained.President Asif Ali Zardari was the target of the new petition, which stated that his participation in the meeting where a resignation was obtained from Haqqani was ‘unconstitutional’. The court then issued a notice to the respondents to file comments before the next date of hearing and directed to fix the petition along with other petitions. – Thetribune