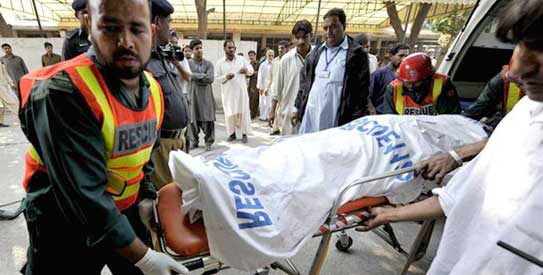 LAHORE: A factory building collapsed on Monday in Lahore after a gas explosion, killing at least one person and trapping over 30 people, emergency officials said.

“The factory has completely collapsed and two houses next to it as well,” an emergency official at the site told Reuters by telephone, adding authorities were having trouble getting heavy rescue machinery to the area because of narrow streets.

Rescue workers had managed to rescue 10 people, including two women, from under the rubble.

Karamat Ali, a spokesman for the government Rescue 1122 emergency service, said 17 women and 45 men were at work when the factory, which produced veterinary medical products, crumbled, and the death toll was expected to rise.

Rescue workers and residents were shifting rubble by hand. – Dawn