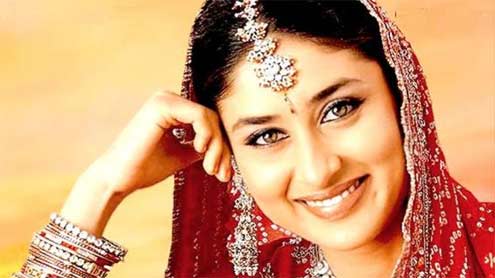 They made us smile, they made us grimace, they wooed cine-goers to the movie theatres, they stood tall at international beauty pageants, they even shocked us with their boldness-quotient.These 50 gorgeous ladies in the pecking order impacted common psyche like none other and tipped the desirability quotient in their favour!
As the voting on itimes closes with 3.74 votes, we bring you the Times 50 Most Desirable Women 2011 -who wove great success stories.

The year has shown that one’s desire can truly be a most fickle mistress. Get ready for heady surprises, a few regulars and then some more… Claim to fame: Her popularity was sky high after Kabhi Khushi Kabhie Gham, not only in India but in abroad too. In her other movies like Chameli, Jab We Met, Tashan, Kambakkht Ishq and Bodyguard her sensuality and innate talent came to light. She has worked with all the biggies of B-town and is soon slated to become part of royalty through marriage with Saif Ali Khan of the Pataudi family.

DQ: Her upcoming movie ‘Agent Vinod’ with beau Saif Ali Khan has already become the talk of the town.
However, her lips and eyes are the most admired features by her friends and fans alike.

Fun Fact: Though she is outspoken, bold and beautiful yet she is erratic in relationship. Claim to Fame: She had a good year, beginning with the hit “Zindagi Na Milegi Dobara”, where she played a gorgeous go-getter opposite Hrithik Roshan’s surly-burly executive, an item number in “Bodyguard” and lastly, as the tomboyish bride in “Mere Brother Ki Dulhan”.

Desirability Quotient: Last year’s queen of desire had to give up her crown and sceptre to make way for Bebo. Does that make her any less desirable? Our voters seem to think so.

Fun fact: Personal life rocking now that she’s back with Ranbir Kapoor. Professionally things can’t get better. She has films opposite Shah Rukh Khan and Aamir Khan. Watch out competition. And she is Aditya Chopra’s current muse! Some girls DO have it all. Claim To Fame: The former model stuck to roles that required her to ooze glamour and dollops of oomph (“Desi Boyz”) and perform (“Aarakshan”). And who can forget that sexy item number in “Dum Maaro Dum”.

DQ: Our voters’ thoughts? Her playing it safe paid off, she moved up one spot on the list. Claim To Fame: With performance-driven roles in “7 Khoon Maaf” and
“Don-2”, she stayed in the public eye. Was also a regular at several high-profile star parties. She also announced her friendship with Lady Gaga, her intention to turn singer and an international album in the offing.

DQ: She switched spots with Deepika. What led to the slip? We’re guessing the voters don’t find aspiring ‘singers’ too
desirable…

Fun fact: Right now, she is banned from the Mannat guestlist. Maybe signing “Don 3” will put a smile on her face. Claim To Fame: Her off-on chemistry/romance with Ranveer Singh. Yash Raj Films’ second fav girl who did several high-profile ads this past year. Had two releases “Patiala House” and “Ladies vs Ricky Bahl”.
Relationship Status: Single. Or with Ranveer Singh. It’s complicated. For them. And us!
DQ: She’s sexy, outspoken, fiercely independent.
fun fact: She was number 21 last year. What caused her leap this year? She’s not telling! Claim to fame:. Her voluptuous curves had the audience going crazy in “The Dirty Picture”. Let’s not forget her deadly performance in “Ishqiya” and “No One Killed” Jessica.

DQ: Curves are back in fashion because of Vidya! Move over size zero.

Fun Fact: This bold and beautiful actress is the
brand ambassador for hatke cinema.

Claim to fame: Her never-ending legs in “Murder 2” and the “Dhanno” song from “Housefull”.

DQ: She went from being sweet and innocent Riteish Deshmukh’s object of adoration to Emraan Hashmi’s object of desire.

fun fact: She’s already lost two films because she is following beau’s diktat of not exposing. Hope it’s worth it.

CLAIM TO FAME: The Czech-born popular swimsuit calendar model made her film debut in 2011 in “Rockstar”. Before that she briefly appeared in “America’s Next Top Model”.

fun fact: She was the hottest property before “Rockstar”. But hasn’t signed a single film after. Needs to network and join acting classes.

Claim to fame: Aishwarya may have dropped a few notches down on the list, but the new mommy will surely be back with a bang.

DQ: Ash, who is among the most beautiful women in the world, is currently busy playing mommy to her baby girl. However, rumours about her comeback are already making news. B-Town can’t do without this light-eyed diva.

Fun Fact: Move aside, yummy Mummies! When Mrs B sets her foot back in a film studio, she will rewrite all the rules. Bach ke rehna ‘Heroines’.

Claim to fame: Her desi girl act in “Tanu Weds Manu” had the audience going gaga over her. Then she donned a bikini in “Rascals”.

DQ: Though Kangana’s bikini act couldn’t do much for the film, it sure won her a whole lot of admirers.

Fun Fact: She’s dating a doctor! She’s quirky, fun and unpredictable. She is working on a sequel of “Tanu Weds Manu”. And to top it all she will be seen in “Krissh 3” with Hrithik Roshan. – timesofindia