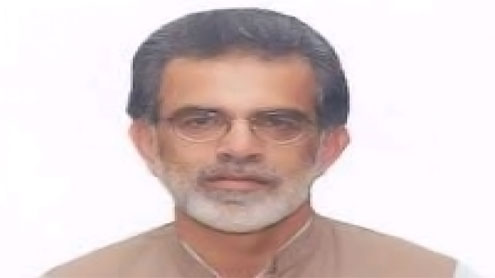 ISLAMABAD: The next general elections may be boycotted by all Baloch nationalist parties as pressure builds from separatist groups to abandon parliamentary politics.

“There is a big question mark on whether nationalist groups of Balochistan will participate in the elections,” Senator Shahid Hassan Bugti of the Jamhoori Wattan Party (JWP) told Media.“It does not matter whether nationalist politicians agree with the ideology and demands of the separatists. The fact is they have sympathies for those in the mountains,” said Bugti, whose party also boycotted the 2008 polls.“Personally, I am disappointed by the way nationalist parties in parliament are being dealt with,” he said, echoing the sentiments of other Baloch parliamentarians.

His comments came after a resolution in the US House of Representatives seeking liberation for Balochistan put the volatile province in the limelight again.The government has announced it will hold an all parties conference to explore how the unrest in Balochistan can be ended politically. However, there has so far been no breakthrough in the government’s efforts to lure nationalist leaders to the negotiating table.

Experts fear the sense of alienation among ordinary Baloch can aggravate if nationalists decide to abandon parliamentary politics, a move that will surely give a boost to the separatist struggle.“Demands for separatism will increase if political parties in the parliament decide to quit. Although there was widespread boycott last time, they never tried to alienate themselves from mainstream politics,” said Zafarullah Khan, a political analyst based in Islamabad.Affirmative steps are needed to save the country’s energy heartlands from drifting further into chaos, he added.

“It is important that all Baloch nationalist parties participate in the upcoming elections. It actually makes their case stronger if they win. Remember Awami League sweeping across East Pakistan in 1970,” said political analyst Harris Khalique.Bugti said that even if Baloch nationalists participate in the coming elections it will not bring any change to the situation on ground.Although he did not explicitly admit that separatists were lobbying to convince nationalists to stay away from Islamabad’s politics, some other leaders said they are doing it with all means.

“They (separatists) are doing their best to keep us away from election. They are using their connections within the tribes and in some cases even threatening people,” said a member of the Balochistan Nationalist Party-Mengal.The BNP (Mengal) leader, who did not wish to be named, said Akhtar had promised separatist groups that he would never take any decision that could hurt the struggle for the rights of the Baloch. “He will stand by his word,” he added. – Thetribune