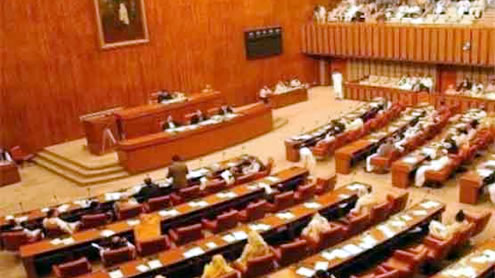 From Balochistan, Hafiz Hamdullah, Nawabzada Saifullah Magsi, Israrullah Zahri has been elected senators.Each of Pakistan s four provinces will have 23 seats in the 104-member next senate, with four going to the capital Islamabad and eight for the tribal areas in the northwest.At least 98 candidates are contesting the polls while the nine candidates from different political parties have already been elected unopposed.

According to the final list issued by Election Commission‚ there are ninety eight candidates in the field for forty five vacant seats.The elections are being held on the retirement of fifty senators with additional four members to be elected first time on the seats reserved for minorities as a result of 18th Amendment.Usman Saifullah of PPP and Mushahid Hussain Sayyed of Pakistan Muslim League-Q have been elected unopposed from Islamabad.

Polling was held in the Parliament House and Provincial Assemblies. The members of the Lower House from FATA will elect four senators from the area, and four minority members would also be elected for the first time in the history of the country.From Punjab‚ PPP’s Aitzaz Ahsan and PML-N’s Ishaq Dar have been elected unopposed on the reserved seats for technocrats. Both the parties have also grabbed one seat each reserved for women. The senators elected unopposed on these seats are Nuzhat Sadiq and Khalida Parveen.