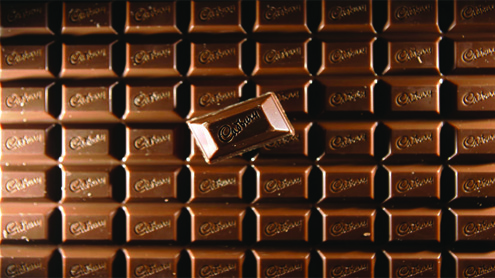 Eating chocolate is not only a treat for the tongue — it may also have some tangible benefits for heart health, such as lowering blood pressure slightly, according to a study involving more than a thousand people.

The study, which combined the results of 42 smaller studies and was published in the American Journal of Clinical Nutrition, also found that participants had small improvements in blood vessel function and a dip in their insulin levels.A number of past studies have found that chocolate lovers seem to have lower rates of certain heart risks, such as high blood pressure.

“My take-away message would be that if people like dark chocolate, then eating a little in place of other ‘treat’ foods is fine, and may be beneficial,” said study leader Lee Hooper, at Norwich Medical School in the UK.“However, the evidence is not yet good enough to suggest that we should all be doing this.”She cautioned that the studies involved were neither large enough nor long enough to show whether eating chocolate has any effect on a person’s risk of having a heart attack or stroke.

In contrast to past studies, which were largely observational and couldn’t prove cause-and-effect — that chocolate itself caused the changes — the current study focused on clinical trials, where researchers assigned people to eat chocolate or not and then watched for changes in blood pressure, cholesterol and other heart risk factors.Hooper and her team pooled data from 42 small clinical trials involving about 1,300 people and found that chocolate eaters had a few points knocked off their blood pressure readings, along with lower insulin levels and other benefits.

Though it’s not clear why chocolate has this affect, it’s believed to be due to compounds known as flavonoids, which are also present in foods such as nuts, soy, tea and wine.But researchers acknowledged shortcomings in their study, including differences in the people involved in the trials — some healthy, some with chronic health problems — and different ways of testing chocolate’s effects.Some studies used cocoa drinks, some solid chocolate and some cocoa supplements. They also varied in how long people were “treated,” though most trials lasted less than six weeks.

The biggest question may be whether any benefits would be worth the downside of chocolate. Based on the studies they used, Hooper’s team writes, it could take several hundred calories’ worth of chocolate to see effects on insulin and blood vessel function — and that could mean trouble for your waistline.“From a practical perspective it is premature to advise individuals to consume chocolate or cocoa to decrease their risk of cardiovascular disease,” said Alice Lichtenstein, director of the cardiovascular nutrition lab at Tufts University in Boston, who was not part of the study.

For now, she added, if you enjoy a little chocolate in your life, you can probably keep doing so. Just don’t add it in the hopes of helping your heart. – khaleejtimes