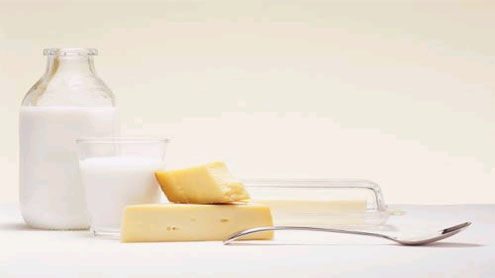 LONDON: Dairy products such as cheese and milk may be a strict no-no for their alleged links with heart disease and obesity but new research suggests that they are vital for a smarter brain.

The study, involving US and Australian researchers, was based on 1,000 adults. It found those who regularly have dairy products such as milk, cheese and yoghurt score better in tests of mental ability than people who never, or rarely, consume dairy products.It follows another US study, involving 104 pensioners, where scientists found that older people with higher levels of beneficial fats in their blood had less brain shrinkage typical of the Alzheimer’s disease, the International Dairy Journal reports.

These beneficial fats – omega-3 – are found in foods such as oily fish. The research, published in Neurology journal, measured the levels of different fats in people’s blood, rather than simply relying on their reports of what they ate.It’s now well established from brain-tissue studies that our mental functions depend heavily on a good supply of fat.Our brain is composed of 60 percent fat. The brain cells are insulated by sheaths of myelin composed of 75 percent fat. This myelin fat needs to be replaced constantly, the Daily Mail reports.

Myelin sheaths are vital for cellular communication. It’s thought the more myelin you have, the quicker you learn new skills.In a disease such as multiple sclerosis, the myelin sheaths are damaged, affecting how messages are transmitted in the brain and causing symptoms such as numbness and paralysis.This research on the brain confronts the common view about the dangers of dietary fat. So strong is the negative message that studies show that up to 40 percent of all adults in Britain try to avoid fat for health reasons. But, in fact, the benefits of avoiding fats might not be so clear-cut. – Khaleejnews