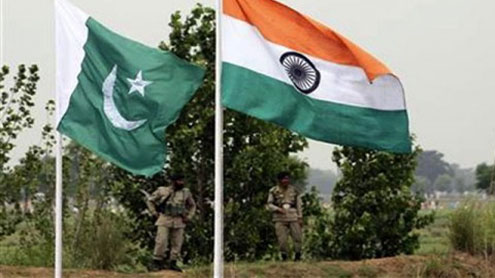 ISLAMABAD: As Pakistan is moving swiftly to declare India as Most Favoured Nation (MFN) by the year-end, the Commerce Ministry has issued the Statutory Regulatory Order (SRO) to implement the cabinet decision to switch to the Negative List.

The Commerce Ministry on Wednesday issued the SRO, stating that India could import everything from Pakistan, except 1,209 items, placed on the Negative List by Islamabad after granting MFN status to New Delhi in last month (February).According to the SRO No 280 (I) /2012, only 1,209 items are included on the Negative List after granting MFN status to India, which could now exports all items to Pakistan from today (Wednesday other than 1209 included in Negative List. Meanwhile, the notification stated that India would export 137 items to Pakistan through Wahgha border.

It might be recalled that Pakistan on February 29 decided to switch to the Negative List approach for trade with India and phase it out completely by December-end 2012. The federal government had also cleared a 1,209-strong list of items in which bilateral trade is barred; thereby opening up business opportunities in an estimated 6,850 commodities against the 1,900-odd items traded now. Thereafter, the Commerce Ministry issued the SRO that expands the trade between the two countries.

The decision of switching to Negative List will pave the way for granting the MFN status to India as mandated by World Trade Organisation (WTO) commitments from next year onwards; thereby removing the discriminatory trade regime that Pakistan has had for India. India granted MFN status to Pakistan in 1996.The top officials of the Commerce Ministry are optimistic that Pakistan is most likely to declare India as Most Favoured Nation by December 2012 as decided by the federal cabinet.

Monitoring Desk adds: According to The Economic Times, the import of vaccines will be allowed only from Indian plants that have been approved by the World Health Organisation.Manufacturers can import raw materials, except locally manufactured basic materials, and packing material needed for pharmaceutical products once they are approved by the Director General of Health, officials say.Till now, Pakistan traded with India under a Positive List regime that allowed the import of less than 2,000 items. The import Indian products through other countries increased the cost of items in the local market, officials said.

Finalising the Negative List will help to formally start trade between both countries, which will be beneficial for the people of India and Pakistan, an official said.Talking to a Pakistan private TV channel, Hina Rabbani Khar said MFN status would be granted to India by December 2012. Khar said when trade relations with India will normalise by December 2013, then automatically they would be granted MFN status like 180 other countries.“We steadfastly followed the course of action approved by the cabinet,” Khar said.

When asked about cricket diplomacy and if the Foreign Office was playing any part in restoring cricketing ties between India and Pakistan, Khar replied that the FO was taking interest in this matter as the PCB felt they were not getting an appropriate response.Khar reiterated that no pressure regarding the Pak-Iran gas pipeline project would be tolerated.The Foreign Minister also clarified that a decision to open the Nato supply route had not been made, adding this decision would be made by the Parliament.She further said Parliament could also dismiss the recommendations of the Parliamentary Committee on National Security.