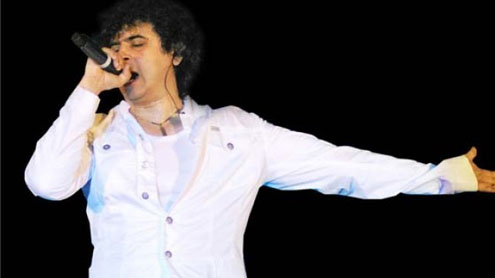 NEW DELHI: The Interior Ministry of Pakistan declined to give Indian singer Palash Sen, of Euphoria fame, an N.O.C. to perform a concert at the Lahore University of Management Sciences on March 23, the Times of India reported on Monday.

A doctor by profession, has performed with his band Euphoria in Pakistan before. His performance was the first by an Indian band in Pakistan in 2008. Speaking to TOI, Sen said that he was super excited about being invited for the second time to the neighbouring country.

Had he been granted the NOC, it would have made them the first Indian band post 26/11 to perform at a public function in Pakistan. On the day that they were supposed to perform in Pakistan, LUMS was denied a No Objection Certificate (NOC) by the Ministry of Interior, forcing them to cancel the concert, and making the band return home from Amritsar, where they were waiting for the NOC.

Speaking to DT after the cancellation of the concert, Sen said, “I’m really upset… The Pak Ministry of Interior never gave us an NOC, and kept everyone waiting till the nth hour. They kept us hanging, and then refused to issue one on the afternoon of March 23.” Sen said that the hype that had been generated for the concert was huge, and that “everyone in Pakistan knew Euphoria was coming”.

The last minute cancellation has bothered Sen. “How come their artistes are here all the time? If their ministry is so strict, why is ours so lenient? They simply told the college that there were security concerns, so the NOC wasn’t issued. We were going without any fear whatsoever! The organisers had even made arrangements for my mom. I was very keen that she visit the city where her father did his LLB. The college authorities were parked at the Ministry of Interior for three days, and had even made all the arrangements for us. The sound and lights were all booked. This really is disturbing.” – Thetribune

Another petrol bomb for the nation

Another petrol bomb for the nation