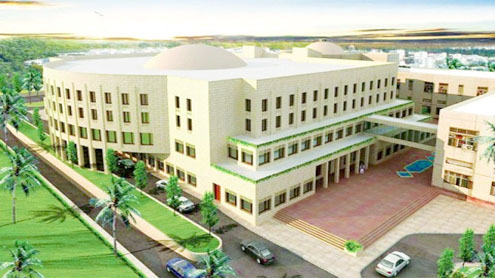 KARACHI: The Sindh education department has asked the government to allocate a ‘school specific budget’ to ensure that the education system runs smoothly, said the education secretary, Siddique Memon, while briefing the Public Accounts Committee of the Sindh Assembly on Thursday.

“We have also asked them to let Sindh follow the same education system as the Punjab by dividing the department into three sections with separate secretaries.”The accounting watchdog suggested that the department should avoid frequent teacher transfers by fixing a minimum two-year term for them at a school. The secretary responded that they had declared a ‘state of emergency’ in the department and were making changes.

“There are serious flaws in the system,” he said. “Ghost schools, overcrowding teachers in single schools are issues we have to deal with. We will remove the supervisors who are presently monitoring the performance of the teaching staff.” These supervisors were corrupt and took money to not report their poor performance.Memon said that the current system gave the education officer the authority to give 300 to 400 teachers their monthly salaries without checking up on them. In the new system they will monitor their monthly progress.

The PAC chairman Jam Tamachi Unar suggested that the department stop paying salaries at ghost schools. But this cannot be done because the department did not have the power.Memon said that they had asked deputy commissioners and Mukhtiarkars in the district to monitor the teachers till a new system was introduced. The education secretary defended the teachers and said that they had engaged in extra work such as polio drives, census and general elections campaigns.

The PAC expressed concern over irregularities from 2006 to 2009.According to DG Audit Ghulam Akbar Sohu, an education official had transferred around Rs93 million to different institutions, including the Sindh Education Foundation, in 2008 without approval.

The education secretary claimed that the Rs16 million spent on buying stationery was faked by an official from his department and he had been transferred. The National Accountability Bureau was investigating. Unar asked his secretary to write a letter to the governor and chief minister to take action.

Unar said that out of Rs250 million only Rs0.6 million was recovered.  He said that the officials of education department did not produce proper records in order to justify the expenditure. He gave the department one month to come up with the missing records. – Thetribune