Global, wired and 3D: All change in TV world 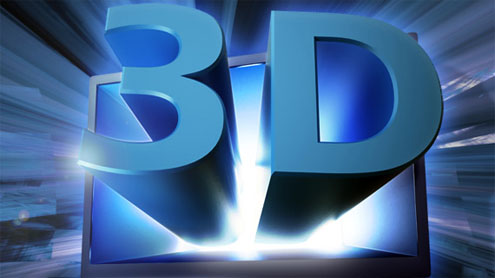 France: Beamed onto iPads and smartphones, with new channels going live daily and 3D TV hoping for an Olympic boost, television is morphing into a radically new beast, experts said ahead of a top industry show.

“We’re in a time of massive transformation for the entire industry,” Laurine Garaude, head of the TV division at Reed MIDEM, which is organising the four-day Spring MIPTV industry show on the French Riviera from Sunday, told AFP.As TV shifts from the home set onto computers and mobile devices, there has been an upsurge in the number of channels worldwide.In Europe alone, 375 new television channels launched last year, with 8,900 now available across the region according to the latest European Union data.

The trend is a global one, with online, on-demand channels launching in Europe, the United States or Australia, but also in Latin America, India or China, Content Digital executive Jonathan Ford told MIPTV News.And with a large Chinese delegation due to attend this show, participants will be watching closely to see which companies and sectors it selects as partners.“International is becoming intrinsically woven into the industry, the people, the business, the content and the audience,” said Garaude.As booming channel numbers set the scene for a battle to capture the biggest audiences, MIPTV is expecting brisk business from newcomers wanting programming to fill up virgin schedules.

The race to win viewers shifted up a gear at the end of 2011 when the world’s largest video-sharing platform, YouTube, unveiled plans to launch 100 online channels of original programming this year.Google-owned YouTube will launch the new channels in partnership with leading TV production companies and film studios including Lionsgate and FremantleMedia.Industrywide, the TV format business that has spawned such global hits as “X Factor”, “Dancing With the Stars” and “Big Brother”, remains the backbone of most broadcasters’ daily schedule.

“2011 was a fantastic year for all of us and the beginning of 2012 seems to be very strong as well,” Rob Clark, director of global entertainment development at FremantleMedia, told AFP.Drama also continues to score well with TV buyers and viewers alike.A two-day programme at MIPTV aims to enable commissioners, producers and finance specialists to set-up the international co-productions that are needed to fund lavish high-end drama works.

A drama highlight will be the gala screening of the star-studded TV miniseries “Titanic” by Oscar-winning writer Julian Fellowes, presented by Britain’s ITV Studios to mark the 100th anniversary of the sinking of the legendary ship.Budding 3DTV technology will also be in the spotlight as households gradually invest in the technology, and more and more 3D channels become available.According to data released Thursday by the EU’s European Audiovisual Observatory, there are some 20 3D channels broadcasting or testing in Europe.

China’s state broadcaster has also just test-launched a 3D television channel, in a bid to drive people to upgrade to 3D-capable sets.High hopes are resting on the experimental 3DTV coverage of the 2012 Olympic Games in London this summer, which could convince viewers to embrace the technology.The BBC will offer 3D broadcasts of the extravagant Olympic opening and closing ceremonies, as well as nightly highlights from the games, and a single live sporting event, the men’s 100 metre finals.

Some 11,500 participants from 100 countries are expected to attend MIPTV, on par with last year’s turnout. New countries participating include Cameroon, Bangladesh, Peru, Zambia and the Seychelles.Stars set to walk the red carpet include the former top model Elle Macpherson, coming to town to promote the new reality fashion show she hosts for America’s NBC, along with two of the stars of MTV’s hit series “Jersey Shore”. – Khaleejnews