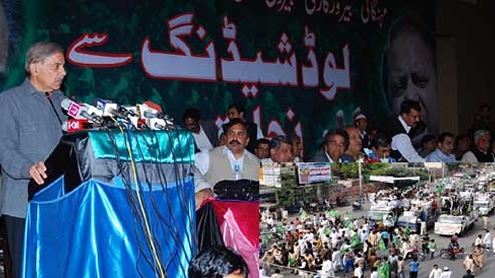 The Pakistan Muslim League-Nawaz (PML-N) will hold a protest rally in Lahore today, as a part of its campaign against loadshedding.

The PML-N has finalised all the arrangements for the rally. The security arrangements have also been made for participants of the rally. Around 3,000 police officials will be deployed for security during the protest rally.Meanwhile, police has vowed to take action against those who will be found in unlawful acts during the protest rally.It is pertinent to mention here that police remained a silent spectator during previous PML-N protests where activists resorted to violence and also torched a petrol pump. – Dunyanews