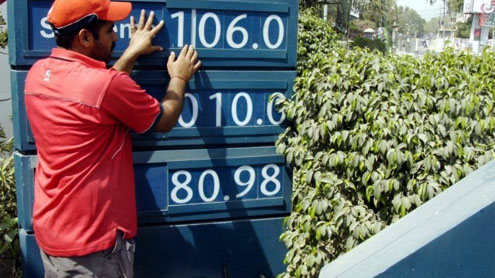 ISLAMABAD: As Saturday’s massive increase in fuel prices triggered calls for a countrywide strike from transporters and traders, the Pakistan Peoples Party’s government came under scathing criticism from the opposition and allies alike.

The main opposition party, Pakistan Muslim League-Nawaz (PML-N), announced on Sunday that its lawmakers would boycott a meeting of the Parliamentary Committee on National Security (PCNS), scheduled for today (Monday).“Boycott of the PCNS meeting, which is revisiting its recommendations on foreign policy, would be the first step against the government’s anti-people decisions,” said Leader of the Opposition in the National Assembly Chaudhry Nisar Ali Khan. “If the nation accepts this hike, it would prove they deserve rulers like (President Asif) Zardari,” Khan added.

About the PML-N’s future line of action, Chaudhry Nisar said, the party’s top leadership would make a decision. He added that other political forces would also be taken on board to chalk out a strategy to counter this ‘unjust’ step by the government. Terming the move a manifestation of bad governance, Khan said the president and the prime minister were enjoying foreign trips while the nation was suffering. Prime Minister Yousaf Raza Gilani is currently in China to attend the Boao Forum for Asia, and President Zardari will be travelling to India on a private tour next week.

Khan also announced that his party would stage a rally in Rawalpindi against the increase in petroleum and CNG prices. “All political forces, traders and people have to unite against these injustices being done by the government,” he said.The opposition was not alone in criticising the government’s decision. The Muttahida Qaumi Movement (MQM), a collation partner of the PPP, also demanded an immediate withdrawal of the increase in fuel prices. The MQM said it would wait for the government till April 5 to take its decision back.“The Coordination Committee is in consultation with parliamentarians to determine the party’s future course of action,” MQM spokesperson Wasay Jalil told Media.

“We will wait till April 5, the day the joint session of Parliament resumes and announce our strategy if the government does not withdraw its decision,” he added. The Pakistan Muslim League-Quaid (PML-Q), another coalition partner of the PPP, described the decision as a ‘failure’ on part of the government. “It is a failure on the part of policymakers since such policies will create a wide gap between the masses and the government,” Senator Mushahid Hussain Sayed told Media.

“A new national approach, above party lines, has to be forged by declaring an energy emergency, so that a workable plan of action is implemented to help ease the suffering of the people,” he added.However, Mushahid termed PML-N’s reaction ‘uncalled for and unimaginative’.Meanwhile, in a late night development petroleum minister Dr Asim Hussain met with President Zardari and briefed him on the increase in fuel prices. According to sources, the president advised him to review the prices. – Thetribune