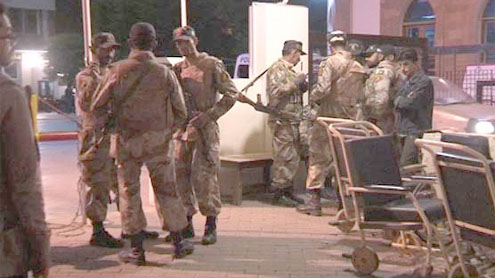 The contingents of Rangers have started patrolling in the violence-hit areas while barricades from roads were also removed.The government officials have claimed that firing incidents have stoped in the area after deployment of Rangers.ranger

Earlier, Lyari presented the look of a battlefield during the day. A local leader of Pakistan People’s Party and a 10-year-old boy were among 6 killed in acts of violence while 25 people sustained injuries.Clashes between police and protester were also reported. According to police, a Lyari gang war accused, Ali, was also killed during exchange of fire between police and protesters. – Dunyanews