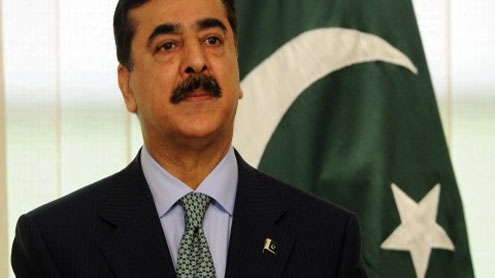 BOAO: Prime Minister Yousaf Raza Gilani on Monday said Pakistan had paid a heavy price for international politics, as the country had had to make challenging decisions.

Addressing the Boao Forum, PM Gilani highlighted the role Pakistan had played in the war against terrorism.He regretted that Pakistan had to accommodate more than 3.5 million refugees due to Russia in the Afghan war. Highlighting the Pak-Sino ties, the prime minister affirmed that the relations between the two countries were strengthening by the day. Gilani reiterated that Pakistan was facing major challenges in restoring peace in the region.He said the world economic recession and increase in international oil prices had also left a bad impact on the economy of Pakistan. He called for more cooperation among the regional countries for economic development.

Highlighting his achievements, Gilani said parliament had made landmark legislations and restored the 1973 constitution. He said there was an independent judiciary‚ free media and a vibrant civil society. Gilani hoped that Pakistan would achieve the targets of millennium development goal by 2015.He said Pakistan was working to improve its relations it the world, including with India. Gilani said being a new democracy, Pakistan faced many challenges and due to the same reason, the government had to make critical decisions. He called for more cooperation among the regional countries for economic development.

Gilani said Pakistan played the role of a frontline state in the war against terror and suffered a lot on its economic front. The prime minister urged the Asian countries to establish regional harmony and sustainable development through increased trade and economic growth. “If we do not establish regional harmony based on trade, investment and economic growth, we fear we will remain hostage to the past. We can break free of this past,” he said.

He said by 2050, Asia was expected to account for more than half of the global economy, restoring the world’s largest continent to its former position of economic primacy. “In short, we may well witness the birth of a new world,” he said. The PM praised the role of China for the establishment of peace in the region. Earlier‚Chinese Vice Premier Li Keqiang inaugurated the opening session and said promoting internal growth drivers was the new trend in Asia’s open economic development.

Energy: Talking to the chairman and chief executive officer of Suntech Power Holding, Shi Zhengrong, later, Prime Minister Gilani said Pakistan could benefit from Chinese technological breakthroughs in solar energy to help it meet its growing energy needs. He invited the CEO of Suntech to visit Pakistan to personally observe the potential of solar energy and the needs of the industrial and domestic users. Gilani also met EXIM Bank of China President Li Ruogu, seeking financing for the construction of small and medium dams to help the country to meet its agriculture needs. – PT