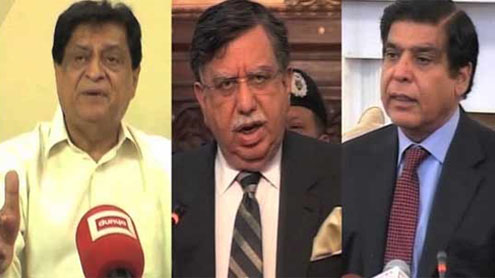 The Supreme Court has already declared illegal and has cancelled the agreements of all the Rental Power Projects.

The court has also ordered to take action against former Minister for Water and Power Raja Pervaiz Ashraf with the direction for returning of amount from rental companies with markup.The apex court had preserved the verdict of said case on December 14, 2011. Three-member of the Supreme Court headed by the Chief Justice of Pakistan conducted hearing of the case.

NAPRA had pinpointed fraud in payment to rental power companies. Khwaja Asif and Faisal Saleh Hayat were parties in the case.The court had directed the National Accountability Bureau (NAB) to proceed against all government functionaries involved, including the ministers for water and power during whose tenure the RPPs were approved or set up, and the minister and finance secretary holding charge when down payment for RPPs was increased from 7% to 14%.

Liaquat Jatoi and Raja Pervaiz Ashraf were water and power ministers in 2006 and 2008, respectively, while Shaukat Tareen was the finance minister in 2008, when down payment was increased.The National Accountability Bureau has put their names on the Exit-Control List (ECL). – Dunyanews