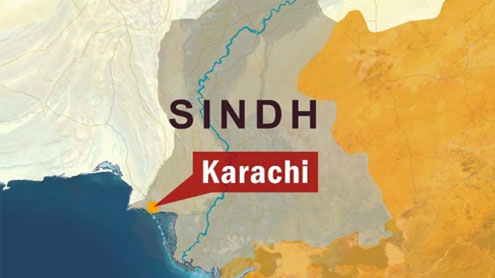 “It was made clear on the occasion that action will be taken without indiscrimination and pressure against criminal and miscreant elements irrespective of their affiliation with any of the groups and parties”, the handout stated.An appeal was also made to the media for extending cooperation to improve the situation and promote an atmosphere of unity and brotherhood.Speaking on the occasion Governor Ibad said that the coalition partners have sit together because of collective efforts, and many issues have been resolved. He said that all the political parties could foil conspiracies to disturb Karachi’s peace through collective efforts.

Malik said that the President Zardari has directed to take strict action against criminal elements. The three parties have unanimous consensus and support in favour of indiscriminate action. On the occasion, he expressed gratitude for President Zardari, MQM chief Altaf Hussain, and ANP’s head Asfandyar Wali for their efforts in restoration of peace in the city.It is pertinent to mention here that the three coalition parties have to constitute joint committee initially in five districts for implementation of the decisions made by the government. In this regard they will furnish names of their party representative very soon. – Dailytimes