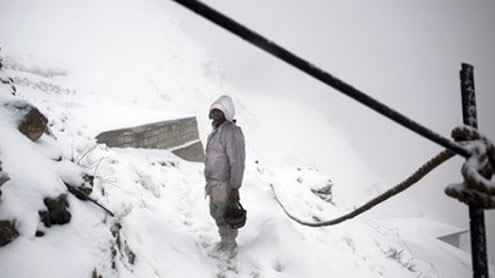 An avalanche buried more than hundred Pakistani soldiers near the Siachen glacier, DG ISPR Major General Athar Abbas confirmed.According to details, the snow hit a battalion headquarters in the Gayari sector at 5:45 a.m. Rrescue teams from other parts of the region have rushed to the spot, however, fate of the soldiers was unclear.

Siachen is on the northern tip of the divided Kashmir region claimed by both India and Pakistan.

The two neighboring countries have deployed troops at elevations of up to 6,700 meters (22,000 feet) there. There have been intermittent skirmishes since 1984, and the region is known as the world s highest battlefield. – Dunyanews