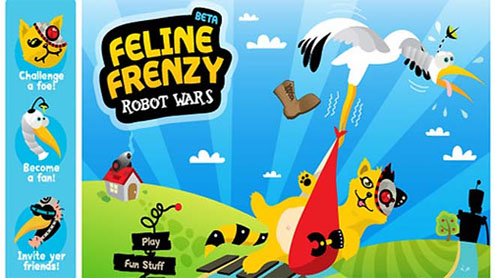 ISLAMABAD: Pakistan’s social game developer is well-poised to join club of global gaming giants-Atari and Kabam at the list of 6waves the largest Facebook game publisher in the world, earning laurels and glory for the country in IT sector.

According to a news release issued here, Islamabad’s White Rabbit Studios is the only Facebook gaming studio from Pakistan and in fact the entire South Asian region, to get featured in the list of key social game developers. As a result of this partnership, the company will gain access to more than 30 million users in 6waves’ gigantic Facebook user network, said the release. White Rabbit Studios is a 3 year old game development company which is primarily and solely focused on content creation.

The Islamabad-based set up, already considered to be veterans in the social gaming scene. It is funded by a prominent Pakistani-American entrepreneur and first came to the fore in early 2010 with the release of Pakistan’s first social game on Facebook, Feline Frenzy, the release added. White Rabbit’s Facebook partnership with 6waves will lend it an opportunity to become one of the leading content creation companies in South Asia a rare feat in the services dominated IT sectors of Pakistan and India.

“It’s very exciting to see our company’s name mentioned along the likes of Atari and Kabam”, said Hassan Baig, 29, CEO of White Rabbit Studios. “We’re very confident in our ability to compete with the finest minds in centers of innovation across the world. We can do everything they can, and at more favorable economics. We may be considered underdogs at present, but the future, beyond any doubt, will belong to us”, he expressed. – PT