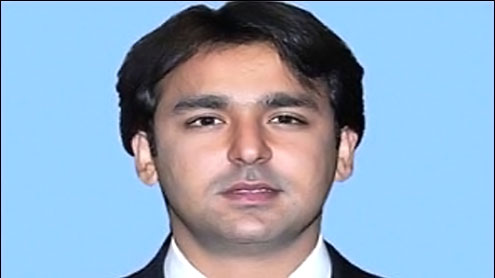 The notices were issued by an SC bench headed by Chief Justice Iftikhar Muhammad Chaudhry. The court directed Gilani to record his statement to the Anti Narcotics Force (ANF).The apex court also revoked transfer of ANF investigation officer Brig Fahim, an investigation officer who told the court that he was the army-led ANF was requested by PM’s principal secretary to drop case against the son of the prime minister. On refusal the ANF officer was removed along with his team.

Earlier, the Supreme Court was told on Tuesday that Musa Gilani, a son of Prime Minister Yousuf Raza Gilani and, Khushnud Lashari, principle secretary to the PM were being sheltered in ephedrine quota case.An SC bench headed by Chief Justice Iftikhar Muhammad Chaudhry was hearing an application moved by the army-led ANF against the prime minister’s sacking of its director general and hurdles being created in investigating Musa Gilani for his involvement in illegal import of ephedrine-a controlled substance-, by the help of Khushnud Leghari.

ANF investigation officer Brig Fahim also appeared before the court.ANF lawyer Akram Shiekh told the court that the team investigating the ephedrine case was removed.“Should I have spared Musa Gilani as he is a son of a well-to-do man” the officer told the court.“It seems an influential person is involved in the case and the need arouse for more transparent investigation,” the CJ remarked. – Onlinenews

Consensus on US ties eludes parliament