PM takes cabinet into confidence on campaign against Ali Musa 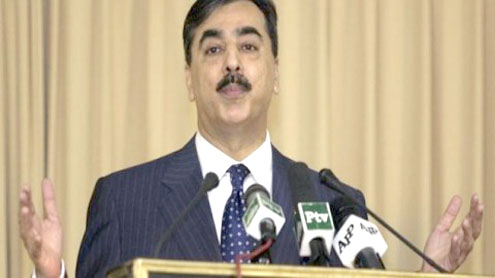 The Prime Minister stated that Syed Ali Musa Gilani, MNA has been allegedly involved in influencing the allocation of drug quota done by the Director General Ministry of Health.The Prime Minister stated that various inquiries conducted by the departments including one by the Senate Standing Committee on Interior made no mention of influence exercised by Syed Ali Musa Gilani in its findings.

It may be mentioned here that an Inquiry Committee was set up under the directions of Senate Standing Committee on Interior, which included Federal Inspector Drug, Deputy Director of FIA, and the Chairman Quality Control Islamabad. The findings of the Committee also did not find any clue of Syed Ali Musa Gilani’s involvement. – APP