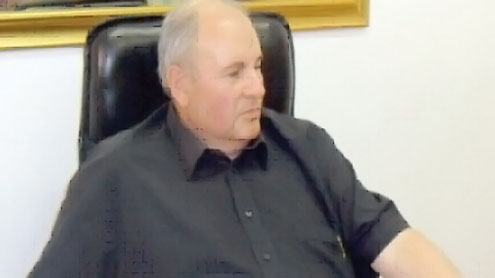 Cape Town Chamber of Commerce and Industry president Michael Bagarim gave the positive gesture in an exclusive interview with Pakistan Today.He suggested Pakistan to gain a status of potentially sound economic country rising above its fame as cricketing country if it wanted to emerged as developed country. “Cape Town Chamber of Commerce and Industry, being established in 1804 as oldest member-based business organisation with mandated to serve, enable and lead business in the Cape and having plethora of services, networking opportunities as well as robust advocacy on behalf of business, aims to bring together business people within the South Africa and other part of the world to create business opportunities,” he said.

“Pakistan has ocean of trade opportunities here and it should gear up to seize all of them,” Mr. Michael added. He emphasized the need for exchange of trade delegations between Pakistan and South Africa, saying the exercise would be beneficial for both the country.Micheal informed that since the advent of democracy in 1994, South Africa’s economy had been undergoing structural transformation, with the implementation of macro-economic policies aimed at promoting domestic competitiveness, growth and employment and increasing the economy’s outward orientation.He made it clear that foreign investment was welcome in South Africa, and investor-friendly policies supported the public pronouncements.

“South Africa’s financial systems are sophisticated, robust and well regulated. South African banking regulations rank with the best in the world, while the sector has long been rated among the top 10 globally. Foreign banks are well represented and electronic banking facilities are extensive, with internet banking a growth feature of the sector, he revealed.Located at the southernmost tip of the African continent, South Africa is ideally positioned for access to the 14 countries comprising the Southern African Development Community (SADC) – with a combined market of over 250-million people – as well as the islands off Africa’s east coast, and even the Gulf States and India.

South Africa also serves as a trans-shipment point between the emerging markets of Central and South America and the newly industrialised nations of South and Far East Asia.Major shipping lanes pass along the South African coastline in the South Atlantic and Indian oceans, and its seven commercial ports form by far the largest, best equipped and most efficient network on the continent.These ports are the conduits for trade between South Africa and her partners in the SADC and the South African Customs Union, as well as hubs for traffic to and from Europe, Asia, the Americas and the east and west coasts of Africa.

Mr. Michael Bagarim said that not only was South Africa in itself an important emerging market, it was also a minimum requirement for accessing other sub-Saharan markets. “The country borders with Namibia, Botswana, Zimbabwe, Mozambique, Swaziland and Lesotho, and its well-developed road and rail links provide the platform and infrastructure for ground transportation deep into sub-Saharan Africa,” he added.“South Africa is also a dynamic force within the 14-member South African Development Community (SADC), and was a key player in the development of the New Partnership forAfrica’s Development (Nepad), the socio-economic renewal programme of the African Union.”

He said that market access has been enhanced through free trade agreements with the European Union and the Southern African Development Community and the implementation of the Africa Growth and Opportunity Act by the United States.The country’s manufacturing output, he said, was increasingly technology-intensive, with high-tech manufacturing sectors – such as machinery, scientific equipment and motor vehicles – enjoying a growing share of total manufacturing production since 1994.About South Africa’s technological research and quality standards, he said that they were world-renowned and added that country had developed a number of leading technologies, particularly in the fields of energy and fuels, steel production, deep-level mining, telecommunications and information technology.

About Cape Town Chamber of Commerce and Industry, he said Cape Chamber of Commercehad always played a significant part in keeping its members informed of the latest issues which affected businesses both large and small. Speed networking events, information sessions, staff training and other events were well attended by both members and non-members, he added.“The tougher than normal economic climate of the last few years has required a much more pragmatic view and the Chamber is finding new ways to practically reach out and help businesses drive efficiencies. Our International desk and business support department have been set up to drive new business deals, assist companies reach export potential and help members run their business more efficiently and within the bounds of national compliance regulations.

Access to arbitration and mediation will also be made available to ensure members avoid costly litigation wherever possible,” he added. One of the key functions of the Cape Chamber is advocacy. Lobbying on behalf of its members is gaining traction and the Chamber is now represented at the highest national levels, taking part in bargaining and negotiations at the National Economic and Development and Labour Council (NEDLAC) and many other local and provincial bodies. The Chamber is also working with its active membership to create leadership bodies in various key sectors. The Chamber portfolio committees have been set up to reflect those at national Parliament and through these, the committee chairs comment on policy, legislation and regulatory issues which may impact businesses in various verticals.

The Cape Chamber of Commerce is ever mindful of the fact that it while it is important to provide information and practical measures to help its members better run their businesses, creating deal flow is also critical. For this reason, the leadership has also developed an aggressive pan-African policy which will see it connecting and collaborating with other African chambers, governments and agencies to facilitate expansion into the continent for its members. – PT