On a drive: KESC to remove ‘faulty’ meters 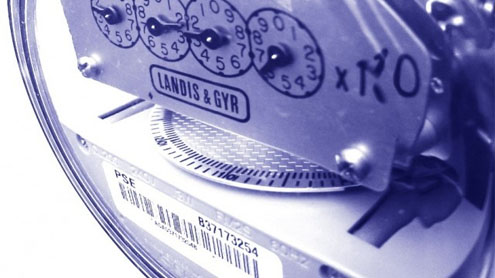 Under the initiative, the KESC has set off to remove additional meters per premises, where three or more meters are installed.The utility claims that the drive is in accordance with the NEPRA requirement, which envisages one meter for one premises and not a multiplicity of meters. It also jives with the KESC’s tariff regime, where one premises technically needs only one meter unless the plot is legally bifurcated into separate units.The KESC has opted to take out the ‘third’ meter only and would let the first and second meters intact, to eliminate irregular consumption of power and stabilise power distribution system and optimise load management concerns.

“Irregular consumption means that the consumer’s load has not crossed the energy limits for two meters and the third meter has only been installed to gain illegitimate slab benefits without ensuring that the connected load of the third meter and the power consumption correspondingly match between the other two meters,” it was stated by the KESC in a statement issued on Tuesday.All security deposits and payment made for any additional/third meter would be adjusted against electricity bills being duly generated on the other meters, the statement added.The KESC has also sent notices to consumers having three or more electricity meters at one premise which should technically and ideally have one meter.

The billing history of such consumers for the last 12 months has already been examined by the KESC and this confirms the current position that prima facie irregular load consumption is occurring through unequal distribution of load among the multiple meters, which can safely be handled by two meters at the said premises.To double check the position, the KESC inspection team would visit such premises shortly in the presence of the consumers and would take fresh readings to determine the current consumption requirements and determine whether the premises should have the third meter removed under the scheme.

In case of irregular consumption, the KESC would have the right to detach or cancel one of the existing extra meters installed at such locations without providing any further notice, to balance the load on the other meters.In the event of failure of consumers to cooperate with the inspection request contained in the notice, the KESC technicians would be left with no alternative but to proceed without on-site validation and such non-cooperating consumers would solely be responsible for any consequences or cost incurred in the process arising.The KESC spokesman clarified that this three-meter drive has successfully been carried out by KESC in other regions of Karachi such as Clifton and Defence in the past few months.“Given its success, it has been decided to roll out the scheme in other areas of Karachi as well to remove any discrimination between consumers and to determine current and correct load requirements of consumers across the city,” he added. – PT