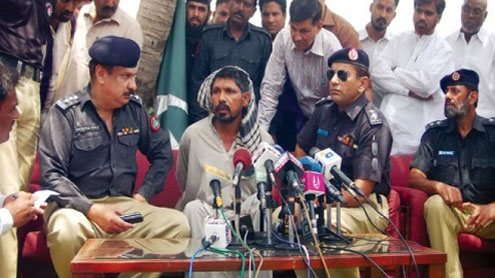 KARACHI: Sindh Police on Tuesday arrested a serial killer for murdering two women and later mowing them down into pieces.

DSP Qaiser Ali Shah arrested the accused, Muhammad Rafiq, son of Rizwan from the Patel Para area. He said that Rafiq and his friend Iqbal, both rickshaw drivers by profession, were involved in the heinous crime. The DSP said the absconding accused, Iqbal, used to pick up harlots from the proximity of Quaid-e-Azam’s mausoleum.

After thir sexual satisfaction, both accused used to mow the girls into pieces and then dispose them off at different places. He said that the accused persons committed the crime twice, adding that they had first killed a converted Muslim Nasreen, a mother of five children. – Dailytimes