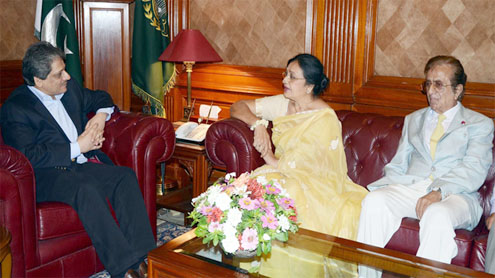 She came to Pakistan from Bangladesh along with her husband after a long time. According to an official handout, the governor welcomed her in Pakistan and told that people acknowledged performance of former artists and actors of the country.

Shabnam appreciated the government’s steps taken in acknowledgement of legend artists Mahdi Hassan and Lehri. She also appreciated the love and affection she got from people of the country. She said that she was concerned over media reports about law and order situation in Karachi but she found a different atmosphere on her arrival here. – Dailytimes