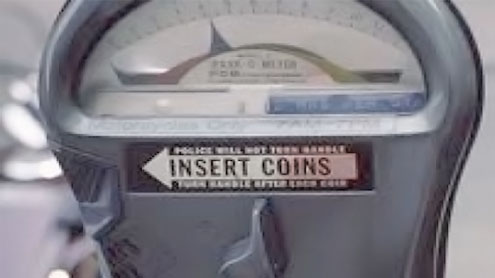 LAHORE: The City District Government has failed to install meters at a number of parking stands of the City, which have been declared as metered parking lots by the Public Facility Department of Lahore Development Authority and Traffic Engineering and Planning Agency in September/October 2011, TheNation learnt on Thursday.

It is also learnt that by taking advantage of the non-installation of these meters, contractors are fleecing the motorists by overcharging. The contractors of various official parking stands established by different departments are charging Rs 10 per hour from motorcyclists while Rs 20 to Rs 30 per hour from cars and other four wheelers as parking fee despite of the fact that the CDGL approved and fixed parking fees at Rs 5 for the motorcycles and Rs 10 for the four-wheelers.

Moreover, the contractors in fact are running manual parking system in the name of metered parking system and are fleecing those motorists who are not well aware about the system and charge fees for two hours some time whether the owners parked vehicles for not over one hour.Different officers and heads of department concerned have claimed that they would install the announced metres at these government’s approved parking lots as soon as possible but unfortunately they failed to install such metres so far.

In September 2011, the CDG has launched metered parking system for over 300 parking stands of the provincial metropolis but without installing meters, which meant the district administration authorized the contractors to fleece the citizens.It is also learnt that the meter parking system has been launched following the notification, issued by former District Coordination Officer (DCO) Ahad Cheema who ordered the department concerned to initiate metered parking system in the City immediately.

According to notified orders, he also mentioned rates for parking lots which are starting from Rs 10 for first hour for cars and other small four wheelers, Rs 20 for second hour while Rs 5 for every extra hour. Further, for motorcycles, Rs 5 and Rs 10 for first and second hours have been fixed respectively. However, parking fees in LDA’s approved Parking Stand at Liberty Market and other markets of Gulberg are higher than the rates approved for the parking lots of Public Facility Department and are charging Rs 30 per hour from a vehicle owners and Rs 10 from the owners of motorcyclists.

However, it was witnessed that the CDG officials and contractors are misusing the meter parking system by issuing parking tickets to the owners of vehicles manually and by taking advantage of such manual system, they are charging parking fee from the vehicular according to their own will and in violation of the bylaws and the orders of District Coordination Officer. The officials on duty and the employees of the contractors, working at these parking lots are charging Rs 20 for first hour parking, Rs 40 for second hour and Rs 10 per extra hour after two hours from the vehicle owners, which meant they are charging almost double of the rate fixed by the CDG authorities as parking fees.

He said that the District Officer has ordered for computerized parking ticket system which would soon start functioning in the City under a pilot project and such system would help the district management to end the overcharging from the parking lots assuring public complaints regarding overcharging would be addressed through such computerized meter system. He said that the department has displayed rate list boards at all parking stands of the City and for addressing public complaints regarding overcharging phone number of departments complaint centre has also been displayed on the same board. Initially CDG authorities introduced experimental metered parking system at The Mall in 2009, which is not working from a couple of months due to uncertain reasons. – Nation