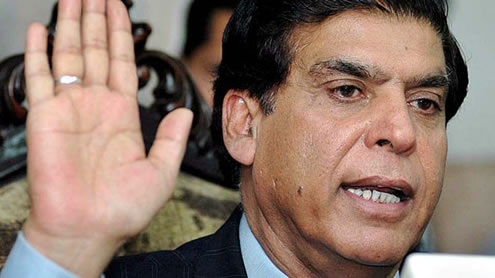 Per an official handout, the minister appeared before NAB investigators and his statement was recorded. NAB said it was proceeding against the accused persons in RPPs case rapidly under the direction of Supreme Court of Pakistan. “The NAB investigation team also summoned more than six accused persons in the said case who participated in the proceedings and recovered Rs 600 million in shape of pay orders and Rs 225 million in shape of post paid cheques on April 27, 2012,” NAB said. “The CEOs of some RPPs appeared before the investigation team and handed over these pay orders and cheques.

Senior officials of PEPCO and WAPDA and MDs of PPIB and GENCO were also examined in the case and their statements were recaorded. NAB would complete its reconciliation exercise in the next week where it would scrutinize the collected evidence and other relevant material. After this exercise, the accused persons required for further examination would be summoned.” Meanwhile, NAB completed its inquiry in the railways case relating to the purchase of spare parts for 69 Chinese locomotives and the findings along with the recommendations would be placed before the next executive board meeting for decision, where this inquiry would be converted into investigation. NAB’s inquiry revealed that 85 percent of total purchased spare parts in the case were lying unutilized. In another railway inquiry relating to Royal Palm Golf Club, NAB had secured around Rs 8 billion by facilitating the parties to revisit the lease agreement in phase-I. – Pakistantoday

City auditorium building sealed out over unethical use

City auditorium building sealed out over unethical use