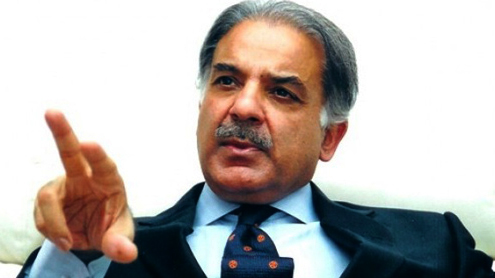 LAHORE: Punjab Chief Minister Shahbaz Sharif Friday urged the private sector to come forward and join hands with the government to overcome energy shortage in the province while his government would not only financially support all the energy-related projects but it would extend all out administrative cooperation as well.

The CM was speaking at the inaugural ceremony of the 2nd Expo Lahore here at Expo Centre on Friday.The CM said the Punjab government will evolve a strategy to overcome the prevalent power crisis in consultation with major chambers of commerce and industries in the province and another round of consultation with private sector will take place on Saturday (today). He said that despite the severity of power outages, the business community was playing a vital role in strengthening the national economy and providing employment opportunities to thousands of workers across the province.

Talking about trade with India, the CM said that both Pakistan and India would be beneficiary of it and the trade would not only bring the business community closer but it would also help mitigate poverty and generate new employment opportunities.In his welcome address, the Lahore Chamber of Commerce and Industry (LCCI) President Irfan Qaiser Sheikh identified the reasons behind the economic turndown saying that the private sector is not being allowed to play its advocacy role in the policymaking and it should be taken on board before all important economic policy decisions both at provincial and federal levels.

He said that it is not only the energy shortages that have taken hostage the entire economic activity but anti-business policies had also caused considerable damage to the economy.Sheikh said that the LCCI is making all-out efforts to rejuvenate economic activities but it would remain a dream unless and until its role is recognised at all levels.

The LCCI president thanked the Punjab government for its cooperation in making the Lahore Shopping Festival a big success. He said that participation of international exhibitors in this mega event from countries like Indonesia, India, Jordan and Czech Republic is really commendable. Their participation has made it a sort of international exhibition. We keenly look forward to market this expo next year all over Asia to add more to its value and level.

He said that the exhibition has been organised to generate business activities in Lahore region. He hoped that the Second Expo Lahore will prove as a launching pad to achieve the desired objectives of trade promotion and economic growth not only for Lahore but also for Punjab. He said all over the world, fairs and exhibitions are considered to be the most effective tool of marketing and reaching out to potential customers saying that Germany and France are making best use of this tool. – DailyTimes